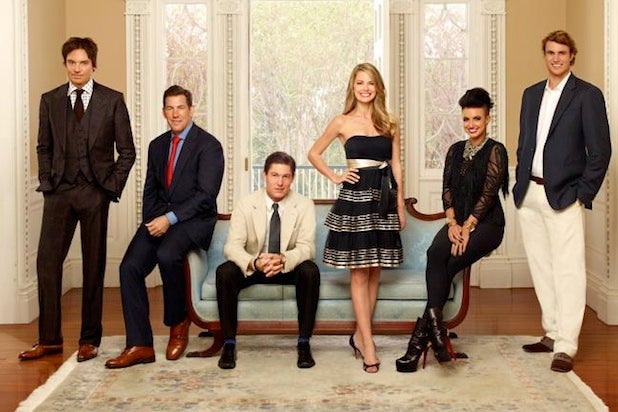 Bravo is doubling down on “Southern Charm,” ordering another season of the Charleston, South Carolina-set reality series and a spinoff series, set in Savannah, Georgia.

The cable network has also renewed “Shahs of Sunset” for Season 6 and “Million Dollar Listing New York” for a sixth season as well.

In new series orders, Bravo has picked up “First Family of Hip Hop” and “Relative Success with Tabatha,” in addition to the aforementioned “Southern Charm Savannah.”

Below are official descriptions of the network’s new shows:

Sylvia Robinson changed the world when she introduced hip-hop to the mainstream with the Sugar Hill Record’s hit “Rapper’s Delight.” Thirty years later, her son and grandchildren are looking to make their own mark on the music industry as they fight to put Sugar Hill Records back on top. They may have hip-hop in their blood, but can the Robinsons put their personal issues aside to rebuild their empire or will the battle over the family birthright break their bonds once and for all?

In this brand new series, Tabatha Coffey brings her no-nonsense style and expertise to the complicated world of family businesses and, as Tabatha knows from her own personal experience, when you have to work with your relatives ALL business is personal. In each episode Tabatha is called in to help the family navigate the troubles in the business but soon finds herself knee deep in the complex personal issues facing the family itself. Along the way she’ll uncover deep resentments, past feuds and creative differences.

Viewers will go past the antebellum walls for an inside look into the posh society of Savannah, Georgia. This hauntingly romantic city is filled with heirs and socialites who learned to operate boats before cars and whose ball gowns and white dinner jackets never collect dust. The new series will follow six life-long friends as they set out to make their mark in this world, all while navigating their love lives and personal relationships.