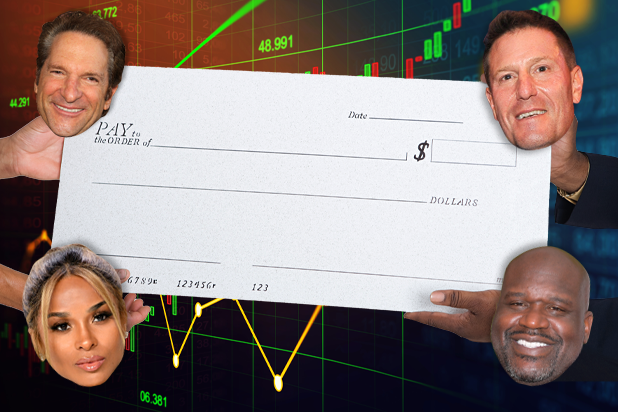 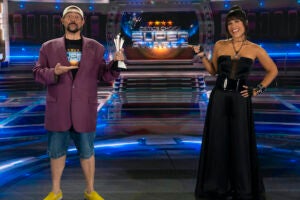 Leaders of the SPAC: Why Hollywood Is Hot for Blank-Check Companies

”It’s like, if you don’t have a SPAC, where have you been? What are you going to say at your next cocktail party on Zoom?“ investment banker Burke Dempsey says

Hollywood talent and executives like Shaquille O’Neal and former TikTok CEO Kevin Mayer, and tech and gaming companies from DraftKings to Skillz, are rushing into the hot new thing for investment and growth: SPACs, short for Special Purpose Acquisition Company.

These so-called “blank check companies,”  created to raise money through an initial public offering with the intent of acquiring another company, are flooding into a market where money is cheap and investors are eager to find new ways to profit.

According to investment experts, SPACs represent low-risk, high-reward potential for fast-growing companies to go public. “It has started to build exponentially beyond private equity, as other industries like Hollywood realized they possess reach to investors and understand how to build a storyline,” Burke Dempsey, executive vice president head of investment banking at Wedbush, told TheWrap. “It’s like, if you don’t have a SPAC, where have you been? What are you going to say at your next cocktail party on Zoom?”

Most recently, CONX Corp., a new SPAC led by Dish founder Charlie Ergen, raised $750 million when it hit Nasdaq in late October with the goal of acquiring a private tech or media company and take it public. Triller, the U.S.-based TikTok competitor spearheaded by Ryan Kavanaugh, is also actively discussing deals with SPACs to take its app public. 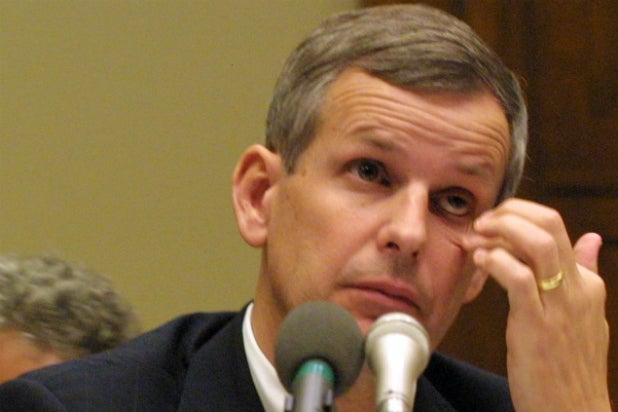 There’s plenty more where that came from. Perhaps the best recent SPAC example was the $3.3 billion merger of sports betting operator company DraftKings Inc’s and Diamond Eagle Acquisition Corp, led by former CBS Entertainment Group Chief Executive Jeff Sagansky and former MGM CEO Harry Sloan. It was a win-win: DraftKings needed money to buy SB Tech for its technology, but also to roll out and legalize sports gaming across the United States, according to an individual with knowledge of the deal.

In October, Playboy announced it would be going public again after being acquired by a blank check company, called Mountain Crest Acquisition Corp., in a deal that valued the brand at $415 million, according to The Wall Street Journal.

In November, former NBA star O’Neal joined former Disney executives Mayer and Tom Staggs, producer Mark Burg and entertainment finance firm Forest Road, to close a $300 million IPO of a new SPAC which they will use to buy a private company in the media, tech or telecom space.

In fact, 2020 saw a record high for these blank check companies, including Sloan and Sagansky’s most recent SPAC  titled Flying Eagle Acquisition, which went public last March and completed its acquisition of mobile esports platforms Skillz. In total, Sagansky and Sloan have formed seven such companies, the most recent one being Spinning Eagle Acquisition last month, a SPAC which plans to raise up to $1.5 billion.

So why are these investor-led companies, which have no existing business operations at the time of their IPOs, suddenly so popular, and what are the advantages and disadvantages of going with a SPAC?

SPACs are “shell companies,” created for raising capital through an IPO to acquire an existing private company. Funds are raised and kept in a trust until a company of interest is identified, and the company is taken public through an acquisition. The SPAC typically has two years to merge or acquire; otherwise, the SPAC will be liquidated and funds returned to investors. They’ve been around for quite some time, really blooming for the first time in the early 2000s: Jamba Juice, for example, was bought by a SPAC called Services Acquisition Corp. International (SVI) in 2007 for $265 million. Now, the smoothie chain is finding a second wind.

According to CNBC, 165 SPACs were listed from January to October 2020, nearly double the global SPACs listed in 2019 and five times higher than in 2015. Additionally, the Wall Street Journal reported that SPACs raised $82 billion in 2020, six times more than the year before. 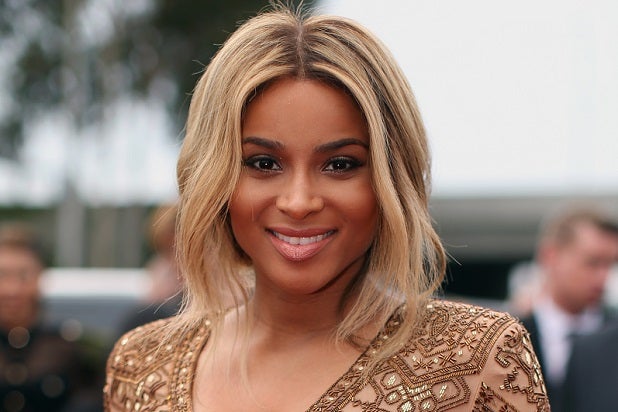 “This isn’t private equity — private equity comes with controls,” a leading expert in SPACs, who declined to be named because of his own investment activity, told TheWrap. “On a SPAC, we are giving rocket fuel to a company that is in a growth period, that needs capital market advice, which needs cash to grow. And we always take a minority share.”

SPACs have become popular for several reasons: The stock market is doing well; mergers are done much more efficiently through a SPAC than a regular IPO; and public disclosure is facilitated more easily through a SPAC, the insiders said.

“What has happened is, overall, M&A activity is close to an all-time high,” a private investor, who preferred to stay anonymous, told TheWrap. “Just as the stock market has been doing so well. Whether it’s you or me or institutions, everyone wants to make money on their money.” He explained that “historically, interest rates were between 3 and 5%.” Now, with interest rates at or near 0%, people are looking for ways to make money.

The biggest benefit for a SPAC, he said, is that it provides more certainty because a lot of work is done early on to focus on what company will be acquired. “You know exactly the type of company they will be trying to get. Once they put together the prospectus and they raise the money it’s basically money locked in to buy a company. It provides certainty that there is money set aside, and it’s been pre-approved. Versus an IPO, they have to go through their own process; whereas, this gives certainty to sellers that I can get some liquidity.”

The SPAC investor agreed that SPACs are more streamlined than IPOs, where executives aren’t allowed to give projections. Moreover, it’s much more efficient time-wise because with a SPAC, someone has already done the IPO process. “In a SPAC IPO, we take investors over the wall; we’re already public, and we bring management to meetings with these investors, and they can meet multiple times with investors, understand the company; they can talk about forward projections,” he explained. “That price discovery process allows investors to much more clearly understand the prospects of a company.”

It’s not just beneficial for a buyer, but also for the seller, the private investor said. “From a seller’s perspective, it’s beneficial because you know these people have limited time; there are incentives for them to do it. It’s been one of the biggest bull markets in the stock market in history and people think it’s going to continue because of monetary policy and stimulus,” the investor said.

Michael Queller, a professional trader based in South Florida, said SPACs essentially offer a “backdoor” for companies looking to go public quickly and affordably. “If you go the traditional way, it’s very expensive, ” Queller explained. “You have to pay your investment banker millions upon millions of dollars, so you have that hurdle. And then you have listing requirements with Nasdaq, which is another hurdle. The big reason people don’t like it [traditional IPOs right now] is it’s so expensive. Versus SPACs, they’re already publicly traded. You basically make whatever deal you want. You shake hands, and you can be public in 90 days for a much smaller amount of money than going the [IPO] road.”

“SPACs are an efficiency tool for sponsors and private growth companies alike. It’s been building since the post-dot-com Sarbanes Oxley antifraud law forced many costs and logistics on small companies that kept them from going public,” Dempsey said. “SPACs are inspirational in a certain way: an experienced deal hunter, like a talent agent, can find the promising talent, put them into the public limelight, and if they’re right, they both get a payday and the investor crowd get to enjoy that new public company. It’s one and done — the SPAC sponsor doesn’t have to cross-collateralize the results of their deal against a diversified pool of investments like a private equity fund does and have to wait 12 years to determine if it was a home run or not financially.”

While SPACs are booming, they didn’t always have the best reputation. The professional investor who spoke to TheWrap explained that in 2007, SPACs didn’t perform well. Sloan told the LA Business Journal in September: “In the early days, SPACs had a bad name. You never wanted too much publicity as a SPAC guy when we started this in 2011.”

And it’s pretty low-risk, given that investors get their money back after two years if the SPAC doesn’t find a company to take public. “If they don’t make any deals, the pile of money will still be there and all the investors will get back the money they invested, so there’s very little risk,” Queller said. “Everybody is financially motivated to make a deal: Everybody from the manager if there’s a deal, to the investors, to the people who they’re negotiating with, make money if they make a deal, so everybody wants to make a deal, which is making it very easy to make [SPAC] deals.”

According to both insiders, SPACs are not suitable for every company interested in an IPO, especially due to the potential for higher costs of capital. “If you are in a business with a lot of comps, and if you are a fourth-level company, for example, you don’t have to go into SPAC. You already know where it’s going trade,” the SPAC investor said. “For them, it’s less expensive to go regular IPO… A lot of the people getting into SPACs are first-time issuers, and they don’t fully appreciate how hard it’s going to be.”

And SPACs don’t work for every type of company. Production companies and mini studios, like STX and MGM, would be “disastrous with SPACs,” the SPAC investor said.

“They shouldn’t be public companies,” he said. “SPACs work best for companies that are digitally engaged with consumers, like ecommerce — fast-growing companies.”