Lawyers for music producer Phil Spector have asked an appellate court to throw out his second-degree murder conviction on grounds of judicial error and prosecutorial misconduct.

Spector, 70, is in prison serving a sentence of 19 years to life for the 2003 murder of actress Lana Clarkson at his Alhambra, Calif., mansion. 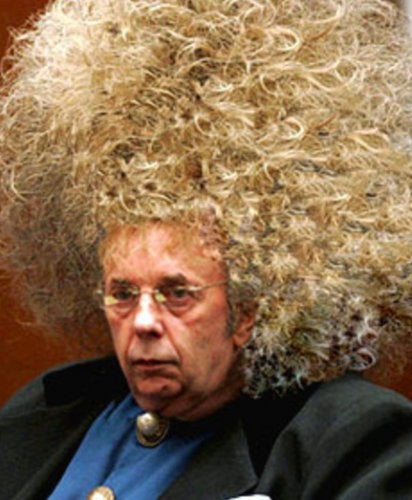 In a 148-page brief filed Wednesday, his lawyers cited multiple reasons they believe Spector was denied his right to a fair trial. They asked the California Second District Court of Appeal to reverse the jury verdict and order a new trial.

Among the issues raised was the admission of testimony from five women who claimed they had been threatened by Spector with guns in the past. Those emotional accounts “became the heart of the state’s case,” the brief said, and were used to persuade jury members to convict Spector “based on his bad character and evil propensities.”

Spector’s attorneys said the testimonies of those women had nothing to do with Clarkson’s death and that none of their stories “involved events in which Mr. Spector put a gun in someone’s mouth, much less fired it.”

The lawyers also criticized Judge Larry Paul Fidler, saying he allowed prosecutors to use the word “pattern” more than 40 times to describe Spector’s history with women and guns.

The California state attorney general’s office is expected to file a reply brief next month.

It took prosecutors two trials to convict Spector. The first trial ended in September 2007 with the jury deadlocked 10-2 in favor of conviction.

The details of Clarkson’s death have remained cloudy throughout both trials.

Clarkson, who appeared in the 1985 B-movie “Barbarian Queen" and had small parts in “Scarface” and “Fast Times at Ridgemont High,” met Spector at the House of Blues; she was found dead of a gunshot wound in the foyer of his home that night.

Spector has maintained that Clarkson found a gun in his house and used it to commit suicide.