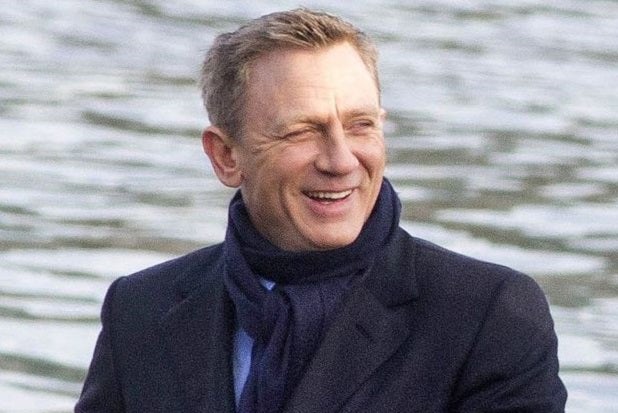 Spectacular escapes in the face of seemingly impossible hurdles are part of the James Bond lore. And it appears “Spectre,” the 24th movie in the 007 film series, is about to steal a page from that script.

The fourth film starring Daniel Craig as the suave super-spy is pacing to match or beat the $88 million opening weekend of of 2012’s “Skyfall” when it opens in North America on Nov. 6. That film went on to gross $1.1 billion worldwide, the top franchise performer of all time.

“Skyfall” had some unique factors going for it, including Adele’s Oscar-winning song and Queen Elizabeth II capping her Diamond Jubilee Celebration by “parachuting” out of a helicopter with Craig at the opening of the London Olympics.

2. Daniel Craig might be crazy like a fox
For all of Craig’s well-publicized off-the-cuff comments about Bond (“misogyonist”), continuing as 007 (“I’d rather slash my wrists”) and his motivation for a possible return (“only for the money”), he’s never ripped “Spectre” itself. That’s probably not a coincidence.

Craig’s comments, and the film’s other pre-relesae problems “really don’t matter to most moviegoers, who are much more swayed by the trailers and reviews, if they’re aware of them at all,” Phil Contrino, senior analyst at BoxOffice.com, told TheWrap. For those who remember Craig’s curmudgeonly comments, Contrino said, “They fit right in with his detached, roguish character in the movies, and might even help.”

3. Precision timing
Someone, like maybe Sony distribution chief Rory Bruer, must have been checking one of those Omega watches 007 wears, or the calendar. The North American box office is heading for a record this year, but when “Spectre” lands next week, it will be after two of the slowest and dullest weekends of 2015. “Audiences are primed for something to get excited about, and that sets up Bond for a big-time breakout,” said Contrino, who believes the U.S. opening weekend will top the $86 million achieved by “Skyfall.”

5. “Skyfall” itself
A big reason the 24th Bond movie has a good shot at topping the grosses of the 23rd is the glow provided by the last film, which many saw as a big step forward after the previous one, 2008’s oddly titled “Quantum of Solace.” “‘Skyfall’ really restored people’s faith in the franchise,” Contrino said, “and a lot of moviegoers can’t wait to see if this one measures up.”