So after months of wondering if “Black Mirror” Season 4 was going to hit Netflix in 2017, we have some movement.

Netflix released the first teaser Friday for the anthology show’s upcoming season, which includes episode titles and brief footage of each installment. It also released all the actors and the directors involved, and you can watch it above.

Since we’re still unsure when the season will premiere (although an insider says it will happen in 2017), we’re going to break down what little we know about each episode and see if we can figure out what’s going to happen.

This one (above) is clearly inspired by “Star Trek” and other space adventures. Luckily for us, it looks to be the most straight-forward out of all the new episodes. From the brief clip, it looks like some kind of energy or alien force is on board and is affecting the crew members.

Show creator Charlie Brooker told the Telegraph that one of the new episodes is “overtly comic, much more overtly comic than anything we’ve done. It’s got fairly mainstream comic elements, but also some really unpleasant stuff that happens.”

We’re guessing that this is that episode.

Also Read: Here's the Trailer for 'Black Mirror' Season 4 in All Its Trekkie, Semi-B&W Brilliance (Video) This one is directed by Jodie Foster, which was a big deal for Brooker. According to that Telegraph interview, which we’ll be referencing a lot, Netflix, which had previously worked with Foster, got in touch with her about the possibility of directing an episode.

Brooker also dropped hints about the episode, calling it “an indie drama. There’s a mother and daughter relationship in it.” There also seems to be a tablet involved.

An archangel is a highly-ranked angel, so maybe the Arkangel in the title is a program that allows a mother to watch over her young daughter. It could then be a commentary about nanny cams and other smart apps.

Brooker said in the Telegraph interview that one episode was shooting in Iceland. From the glimpses in the teaser, where cast member Andrea Riseborough (“Birdman”) is driving out over snowy mountains, it looks like “Crocodile” is the one. We’re thinking “Crocodile” is probably not about an actual crocodile.

The episode is directed by John Hillcoat, who’s probably best known for directing the depressing post-apocalyptic drama “The Road,” so we can assume that “Crocodile” may be similarly dour. Hillcoat fits in perfectly with “Black Mirror.”

Also Read: 'Black Mirror' Star Bryce Dallas Howard on Why She Gained 30 Pounds for the Role 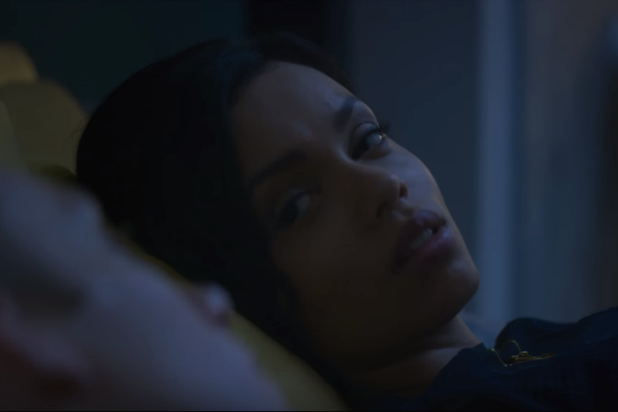 Redditors say that “Hand the DJ” is going to be about dating apps, and in the teaser, we see two people on a date at an upscale restaurant. There’s also a connection here with a famous Smiths lyrics from the song “Panic,” which says: “Burn down the disco/Hang the blessed DJ/Because the music that they constantly play/It says nothing to me about my life.”

Just based on these two pieces of information, we can speculate that there’s a theme concerning truly knowing a person and maybe music is involved. We’re just not expecting it to be as uplifting as last season’s music-centric episode “San Junipero.” 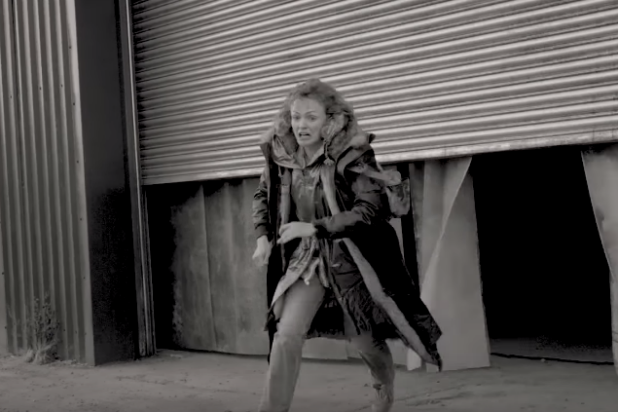 “Metalhead” is at least partially in black and white and somehow involves a quadripedal robot, according to the teaser. There’s also a car chase.

We probably know the least about this episode, since the title doesn’t seem to apply to anything besides somebody who’s really into metal music.

It’s directed by David Slade though, who worked with Bryan Fuller on “Hannibal” and “American Gods,” so we can at least expect “Metalhead” to be visually stunning.

Maxine Peake (“The Theory of Everything”), Jake Davies (“The Missing”) and Clint Dyer (“Hope Springs”) are starring. 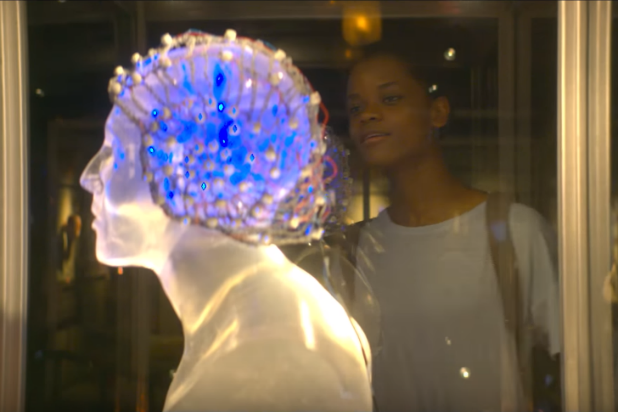 This is the one we have the most detail on, thanks to magician and personality Penn Gillette. In an episode of Penn’s Sunday School podcast, he talked about a phone call he had with Brooker, where they discussed a short story idea Gillette had decades ago called “The Pain Addict.”

“I was postulating a future where you could put a gizmo on your head and feel someone else’s pain,” he said. “So there would be doctors whose whole job it was to feel pain and say ‘His left arm is broken. That’s not actually apendiciitus, that’s a cancer thing.’ They felt every pain. Like prizefighters and childbirth and child cancer. And this guy gets addicted to it and starts beating people to feel their pain.”

According to Gillette, his idea became one of three that formed the basis of the “Black Museum,” which he said is three stories woven together — there are shades of Season 2’s “White Christmas” episode. While the actual Black Museum in Scotland Yard is a collection of criminal memorabilia, Gillette said that the one in the episode will be more low-key.

“It ended up being that the whole story was framed by a carnie in Vegas who has a museum that includes the helmet that was worn by the original pain addict. He’s telling the story to a young woman who was at the museum. He’s this washed-up carnie guy, 20 miles outside of Vegas, running his little museum there,” he said.

And luckily for audiences, we can see a helmet similar to the Gillette described in the teaser.