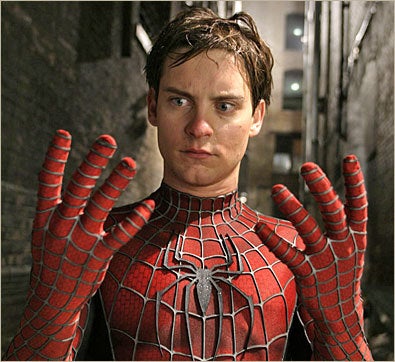 The timetable for "Spider-Man 4," originally slated for early May of 2011, is now in doubt because of problems with the script.

Revisions are still ongoing, a person close to the production told TheWrap on Tuesday, and Sony doesn’t want to rush the film just to make the May 5, 2011, release. Still, they are going to try, the person said.

Alvin Sargent is reworking the story, drafts of which have been kicking around for some time, and with multiple scribes. Shooting, which was supposed to begin in February to keep the project on schedule, has been postponed indefinitely.

If "Spidey" 4 is taken off the board, it would leave a gaping hole on the slate, right in the first big week of summer.