The newest trailer for “Spider-Man: No Way Home” brought a whole lot of villains with it. But did it also bring another Spider-Man? Honestly guys, this trailer might actually be filled with deception.

Let’s first address the sinister elephant in the room. Heading into this trailer, we had four members of the Sinister Six confirmed for “No Way Home”: Alfred Molina’s Doc Ock, Jamie Foxx’s Electro (although he looks way different than when we first met him), Willem Dafoe’s Green Goblin, and Sandman (though we still don’t know for sure if Thomas Hayden Church will be playing him this time around).

He only appears in full Lizard form though, so it’s unclear if Rhys Ifans will return as Dr. Curt Connors in “No Way Home.” 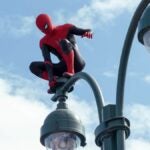 As for the 6th and final member of the Sinister Six, you have to look real closely. Because along with Dafoe’s Green Goblin, it appears that we’re also getting a version of Hobgoblin. For reference, pause the trailer or watch it in slow motion right around the 2:11 mark. Or, you can take a look at the image below, next to Hobgoblin of “Peter Parker the Spectacular Spider-Man” #85, art by Al Milgrom:

That uh, looks a little too similar to be a coincidence.

At this point, we’ve only ever officially met one Hobgoblin across the three Spider-Man franchises: James Franco. He briefly took up the mantle in “Spider-Man 3” before being killed in the end — which would fit with Doctor Strange’s warning that every villain in “No Way Home” is fated to die fighting Spider-Man.

But, Franco’s Hobgoblin was killed by Venom and Sandman, not Spider-Man. So in all likelihood, this could be someone we’ve never met in the Sony Spider-Man Universe. Some fans have speculated it might be Peter’s friend Ned. We’re not seeing it, but anything is possible. 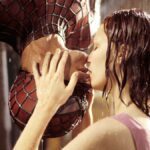 All that said, let’s circle back to Doc Ock. In this trailer, Molina’s Otto Octavius is definitely introduced as a villain, but upon seeing that Tom Holland is not actually his Peter Parker, he pulls up. As the trailer goes on, it appears that he may even be working with Peter and his friends. So, will he really be part of the Sinister Six? We aren’t totally convinced this isn’t a bait and switch.

And that brings us back to our original speculation that Tom Hardy’s Venom or Aaron Taylor-Johnson’s Kraven the Hunter may show up. Venom seems the most likely, considering the post-credits scene of “Let There Be Carnage,” but it’s impossible to say with any certainty right now.

But with all this speculation on the villains of “No Way Home,” we should also address the speculation surrounding the hero of the film — or, if rumors and fan hopes are to be believed, heroes.

Though no real evidence this will happen has emerged — yeah, we’ve seen those purported set pics, but those things can be faked — fans are hoping that both Andrew Garfield and Tobey Maguire’s Spider-Men appear, considering their villains are. And honestly, it’s a valid theory. But we’re thinking this trailer might’ve introduced a second spidey and he’s not any of the three we’re expecting.

Let’s look closer at Black Suit Spider-Man. At first glance, it seems this might just be Tom Holland’s Peter Parker, in a new suit upgraded with magic by Doctor Strange. But, the moment he appears, Strange is heard saying “There are others out there. We need to send them back.”

He could very well be referring to this Spider-Man, just without knowing it. It also seems strange that, in the same shot, Spidey clearly has his back fully turned on Electro. Unless he’s taking a moment to power up his magic — which Peter would also somehow have to learn — to deliver a strike, it seems like an unlikely move to make. Especially since Electro needs very little time to strike himself.

So, is this actually some Spider-Strange hybrid from a different universe? It may be a stretch, but in fairness, this is a world based on comics. It’s not so outlandish of a possibility. Then again, it’s not necessarily a stretch to think that maybe Strange has upgraded our Peter’s suit with magical device, allowing him to call for help.

Also Read:
All the Spider-Man References in That ‘Morbius’ Trailer

This gets us back to those rumors that Garfield — who keeps denying it — and Maguire are going to show up in this movie. Whatever happens with that, the reaction is going to be fun. But even those rumors definitely aren’t true, you really don’t need them to do a live action “Spider-Verse” story. Though we doubt Peter Porker the Spectacular Spider-Ham is showing up any time soon.

Really, there’s a lot going on in this trailer — and we just don’t trust any of it.