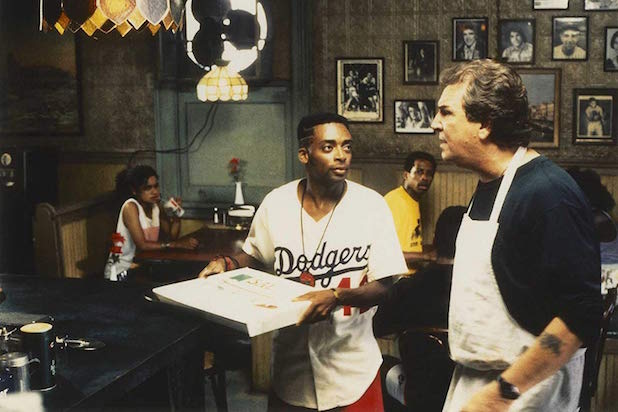 “It’s going to be lit,” Lee said during an interview with TheWrap managing editor Thom Geier on Tuesday night following a screening of his Oscar-nominated film “BlackKklansman.”

The celebration will take place June 30 on the block in the Bedford-Stuyvesant neighborhood of Brooklyn where much of the film was shot, Lee said, noting that Stuyvesant Ave. between Lexington and Quincy has since been re-named “Do the Right Thing Way,”

The event will be free and open to the public, in the same spirit as Lee’s past block parties, including an annual Michael Jackson party and a Prince-themed party in 2017.

“Do the Right Thing” explores racial tensions in a Brooklyn neighborhood over the course of a single summer day. In 1999, the Library of Congress added the film to the National Film Registry.

The film has long been acclaimed as one of Lee’s greatest works, receiving nominations for Best Supporting Actor for Danny Aiello and Best Original Screenplay for Lee in 1989 — but it was memorably snubbed for nominations in Best Picture and Best Director. “Driving Miss Daisy” went on to win Best Picture.

Also Read: Bradley Cooper Shocks Spike Lee by Revealing He Once Auditioned for Him: 'You Got Me Out Quick'

Discussing his own long-lasting career, Lee joked, “This is my fourth decade. Check my IMDb page.”