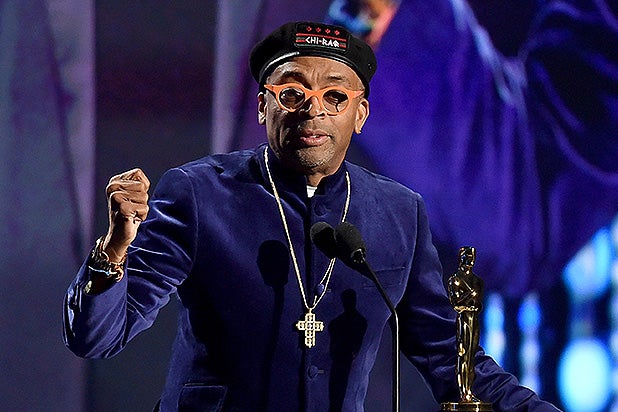 The Governors Awards are devoted to honoring filmmakers for impressive bodies of work, but Saturday night’s ceremony began and ended with strong calls for Hollywood to improve its own work in hiring minorities.

The show in the Ray Dolby Ballroom at Hollywood & Highland began with Academy president Cheryl Boone Isaacs talking about AMPAS’ new A20/20 initiative, which she said was designed to increase diversity. “This must truly be an industry-wide initiative,” she said, urging the filmmakers and studios in attendance to become more diverse in their hiring practices.

And at the end of the night, Honorary Oscar winner Spike Lee concluded his acceptance speech with a bolder message. Isaacs, he said, was “trying to do something that needs to be done.”

By 2043, he added, census projections showed that whites would be a minority in the United States – “but when I go to [film studio] offices, I don’t see black faces except the security guard who signs me in … This industry is so far behind sports it’s ridiculous.”

And then he added, “It’s easier to be the president of the United States as a black person than to be the head of a studio.”

The remarks didn’t come across as strident, though – the Governors Awards are about as relaxed and collegial as awards shows can get, with a relaxed vibe that made Lee’s comments only one small part of an entertaining, heartfelt 15-minute plus speech that paid tribute to his entire journey through the film business. 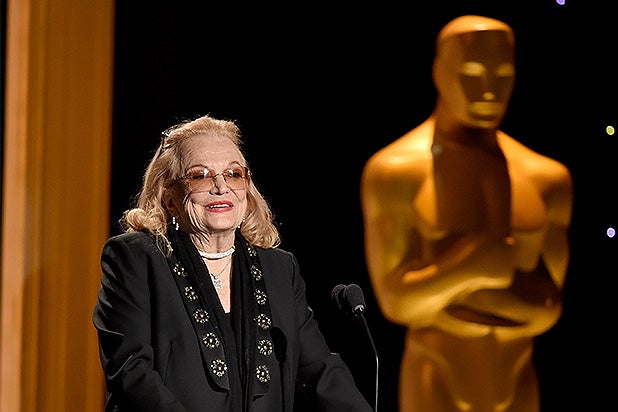 And the speech itself was just one part of an evening that celebrated Debbie Reynolds for her humanitarian and charity work (and her acting, and her zeal for preserving Hollywood memorabilia) and honored Gena Rowlands for her raw and powerful acting.

Granted, the evening has also become one of the biggest campaign stops of the fall awards circuit. When the Governors Awards were launched in 2009, the event was low-key and familial, with informal toasts mixing with onstage speeches. But gradually, studios and Oscar strategists realized that a room full of Academy members getting together at a time when the awards race was heating up was too good a campaign opportunity to resist.

Now, every major film is represented by actors, directors, producers, cinematographers and more; the room is so crowded with Oscar hopefuls that you have to wonder if there are any voters in the room for them to schmooze.

Cate Blanchett gently recognized the schizophrenic nature of the non-televised event when she asked everyone in the room to turn and look at the official AMPAS photographer on a ladder in the corner of the room. 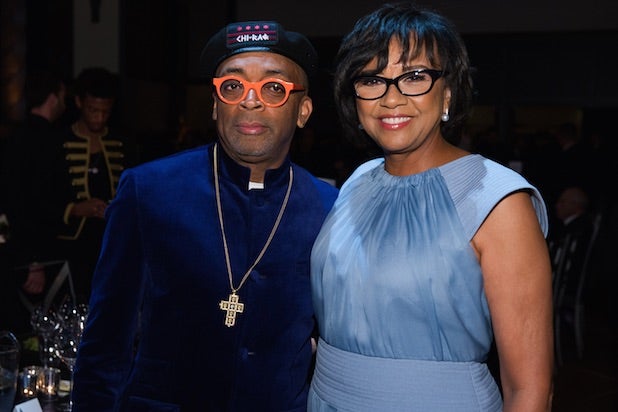 Those who could have been there to win votes included contingents from virtually all the top contenders: director Tom McCarthy and actors Michael Keaton and Mark Ruffalo from “Spotlight,” Ridley Scott from “The Martian,” Brie Larson, Jacob Tremblay, Joan Allen and director Lenny Abrahamson from “Room,” Saoirse Ronan and director John Crowley from “Brooklyn,” Blanchett and Rooney Mara from “Carol,” director Danny Boyle from “Steve Jobs,” David O. Russell from “Joy,” Tom Hooper from “The Danish Girl,” director Paul Weitz and actors Lily Tomlin and Sam Elliott from “Grandma,” director Sarah Gavron and actress Carey Mulligan from “Suffragette,” Johnny Depp and director Scott Cooper from “Black Mass” and many more.

The evening lasted more than four hours if you include dinner, but nobody watches the clock at the Governors Awards the way they do at the Oscars. Instead, things proceeded at a leisurely, comfortable pace: the award to Reynolds, for instance, began with Zooey Deschanel singing “Tammy,” a song that Reynolds took to No. 1 after singing it in the 1957 film “Tammy and the Bachelor,” and then included tributes from Jane Fonda and Meryl Streep.

Fonda’s sharpest line came when she lauded Reynolds for her work with the Thalians, a charity that raises money for mental health issues. “She’s been fearless in her advocacy,” Fonda said. “Even braver was that Debbie persuaded her daughter Carrie [Fisher] to pretend she suffered from mental illness, knowing that it would be good for the cause.”

Streep, who played a fictionalized version of Reynolds in the film version of Carrie Fisher‘s semi-autobiographical novel “Postcards From the Edge,” lauded Reynolds’ work saving Hollywood memorabilia (much of her collection will be shown at the Academy Museum of Motion Pictures when it opens), and then brought up Reynolds’ granddaughter (and Fisher’s daughter) Billie Lourd to accept the Jean Hersholt Humanitarian Award on the ailing Reynolds’ behalf.

“She’ll put it in a place she’s always secretly saved for it,” said Lourd. “I think it’s next to the ruby slippers.”

Blanchett began the presentation to Rowlands, calling her “the actress who has had the most profound influence on my work.” Laura Linney continued with highly personal reminiscences of working with Rowlands, and said that the actress and her late husband, director John Cassavetes, “showed everyone what was possible and broke down the door to independent film.”

Cassavetes’ and Rowland’s son Nick Cassavetes presented the Honorary Academy Award to his mother. “First Oscar in the family!” he pointed out. “All I can say is it’s about damn time.”

Rowlands, for her part, told a priceless story about working with her idol Bette Davis, which ended with the iconic actress, then in her 80s, telling Rowlands that she ought to pay closer attention to how she looked in the film’s dailies, “because you’re no spring chicken yourself.”

The night ended with the presentation to Lee, which began with singer Aloe Black performing Sam Cooke’s “A Change Is Gonna Come” before Samuel L. Jackson, Denzel Washington and Wesley Snipes brought the house down with a loose, shambling presentation. Snipes affected a broad African accent and said Lee came from “a small African village called Brooklyn,” Jackson talked about how doing the research to play an addict in “Jungle Fever” ended up with him going to rehab, and Washington joked that Lee “don’t pay nobody” before adding, “Spike Lee has put more African Americans to work in this business than anyone else in the history of this business.”

In his acceptance speech, Lee admitted that was the plan. “It was always a goal,” he said of pushing for African-Americans participation. “If I got in, I was gonna try to bring as many motherf—ers with me as possible.”

And after the calls for diversity faded away and Lee and Rowlands posed for photos on the stage, the governors, voters and contenders headed for the exits, many of them talking about what a pleasing, low-key Governors Awards it had been.

The next time many of them head to Hollywood & Highland for an Academy-sponsored black tie event, it will be February, and the stakes and the tension will be a lot higher.