Spike TV isn’t getting into the late-night wars — but it’s saying it is in order to get media outlets who’d normally ignore the channel to write about it.

It worked: The AP yesterday moved a story about Spike jumping into late night, but not being interested in going after Conan O’Brien. Because, really, Rick Rosen and Gavin Polone (a k a Conan’s reps) have been constantly staring at their Blackberries the past few days, waiting for someone at Spike to call with an offer.

OK, we’ve worked out our snarkiness issues… for the moment. Let’s move on to the "news" from Spike.

The network has struck a deal with the FremantleMedia-based Original Productions ("Deadliest Catch") to develop a half-hour weekly series that will mix comedy and talk in an attempt to supply dudes with what Spike calls "manformation." And no, manformation is not when Mike becomes Michelle; apparently it’s news you can use if you’re a bro.

Manly men George "Maddox" Ouzounian (Armenians in the house, yo!) and Daz Herrera, who’ve written some guy-centric self-help books, are working on the project for Original. As is, of course, Thom Beers, the attention-hungry CEO of Original Productions.

Spike programming chief Sharon Levy — a former PR person done good, and one of the cooler execs in TV land — promised to make this new show stand out from the after-hours pack. 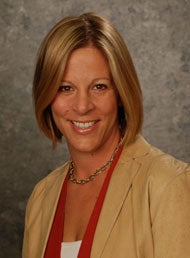 “This won’t be your typical late night series with typical celebrity chit-chat,” Levy said in a press release announcing a show that hasn’t even been greenlit to pilot yet. “This show will come with that distinctive and irreverent Spike voice and point-of-view our viewers have come to expect from us.”

What it won’t be, however, is a real contender in the late-night wars. Even if it becomes a big hit, comparing a half-hour, celeb-free, once-a-week cable show to Jay, Conan and Dave — or even Jon, Stephen and Mr. Robot Chicken — is like pitting "NBC Nightly News with Brian Williams" against "News 4 Sheboygan with Ron Smiley."

On the other hand, doing so does guarantee you’ll get written about by the AP and other media outlets. Like, you know, this one. It might even prevent reporters from asking about the ratings for repeats of "Entourage," which debuted on Spike this month and aren’t doing so hot, according to buzz in syndication circles.

Damn you, Spike TV and your clever attempts to manipulate the media! We’ll forgive you, but only if you promise to bring back "Joe Schmo." (We might also need the name of a good doctor who can help us with our sudden case of Gawker-itis.)