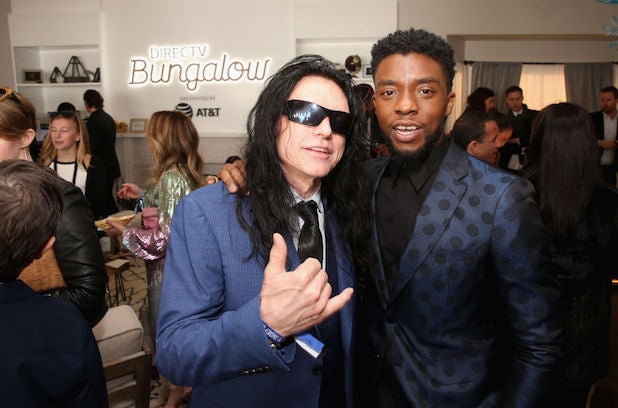 “Get Out” walked away the big winner at the Spirit Awards on Saturday afternoon. Returning hosts John Mulaney and Nick Kroll delivered the most searing monologue of the awards season, crushing their second appearance at the beachside show.

For all the great moments on-screen, the loosest awards show of the season had many more highlights backstage. Here’s what IFC’s cameras missed. 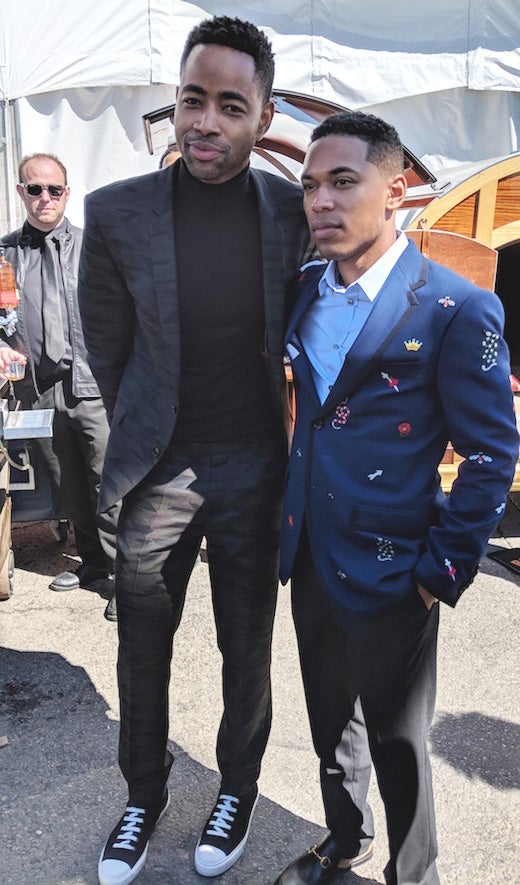 12:07 p.m.
After Friday night’s rain, guests are still hopscotching straggler puddles during the pre-show cocktails outdoors. As the sun comes out, people start grabbing icy drinks in Capri Sun-style foil pouches. While Ellis chats with Kelvin Harrison Jr. of “Mudbound,” nearby in the “Dear Seattle” hospitality tent guests are reaching for the 80 dozen oysters flown in from Hood Canal, west of Seattle.

12:30 p.m.
Sony Pictures Classics co-president Tom Bernard has been to the Spirit Awards at least 25 times, but he’s hardly blasé — he’s taking pictures for his personal Instagram. His day will start out strong, with “Call Me by Your Name” winning the first award of the day before the show goes live on air.

12:56 p.m.
Odd couple! Black Panther has a new buddy — Chadwick Boseman and Tommy Wiseau are hanging out together backstage in the DirecTV Bungalow presented by AT&T. Netflix’s Ted Sarandos and Elvis Mitchell are deep in conversation in a gourmet nacho bar on a livestreaming interview set. 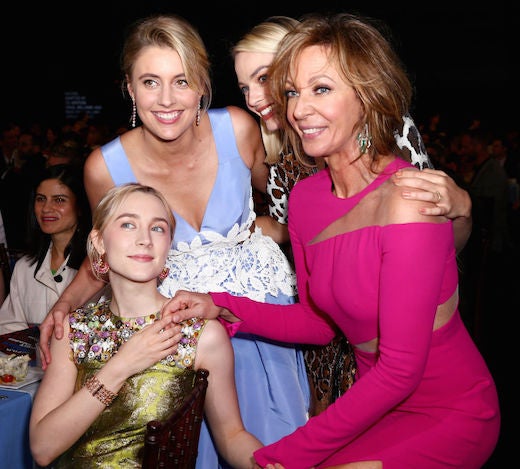 2:16 p.m.
In a pre-show speech, Film Independent president Josh Welsh asks that winners speak from the heart and leave the thank you scripts behind. The note-less streak has lasted for years. Allison Janney wins the first award of the afternoon and reads from notes jotted on the back of her itinerary. #StreakOver.

No hard feelings. She still gets a custom engraved “I, Allison” Bulleit Whiskey bottle to commemorate the win. 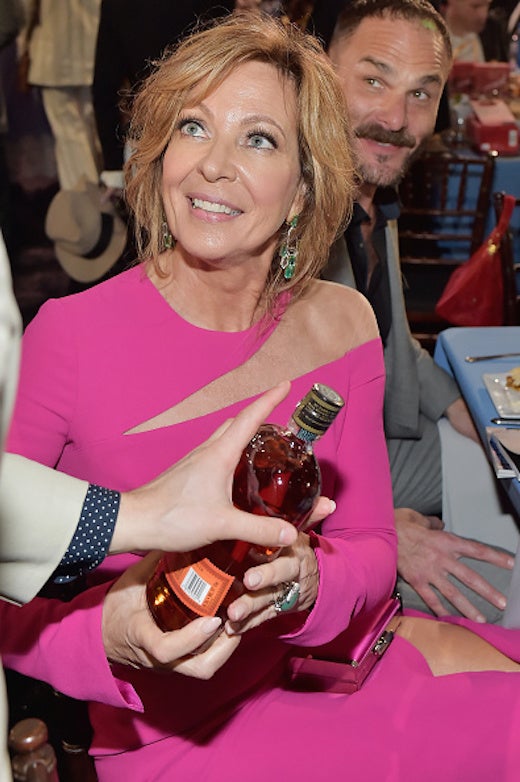 Also Read: Oscars 2018: Our Predictions in All 24 Categories (Photos) 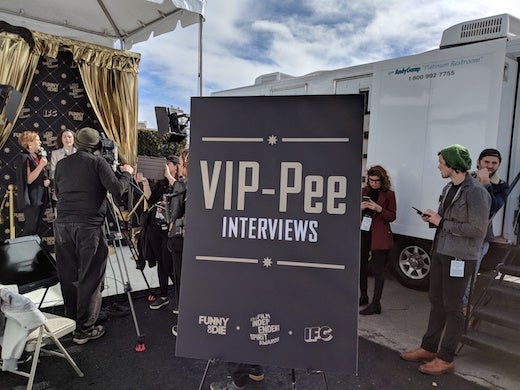 2:26 p.m.
“VIP-Pee” means that the bathrooms are not a safe zone. “Funny or Die” is grabbing people for quickie interviews on the way in or out of the port-a-johns. They took a poll: “Squat or sit?”

Also Read: Here's What the Oscars Have Done to Avoid Another Envelope Disaster

3:28 p.m.
Andy Samberg’s parody of “The Breakfast Club” anthem dressed as Judd Nelson’s character goes over huge in the room. His song is a plea to the independent artists like Timothée Chalamet and Saoirse Ronan to stay loyal to the indie world and not leave it behind for big bucks studio deals. Last year, Samberg crushed with an “In Memoriam” Pearl Jam parody “I’m Still Alive,” highlighting actors who were not dead. I’m already psyched for 2019.

4:00 p.m.
Jordan Peele wins Best Director. Backstage in the DirecTV winners’ lounge, a room filled with publicists who have been glued to their phones for hours break out in applause.

Also Read: 25 Stars Who Need Only an Oscar to EGOT, From Cynthia Nixon to James Earl Jones (Photos) 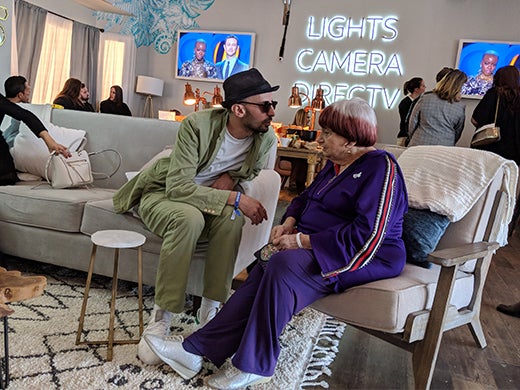 4:08
Last month, “Faces Places” co-director JR brought a cardboard cutout of co-director Agnes Varda to the Academy’s nominees’ luncheon. After they win for “Best Documentary,” they huddle backstage (above). Where’s that cardboard cutout now? “It’s at my house,” JR tells The Party Report. “It’s not in good shape anymore.”

4:31 p.m.
“Get Out” wins Best Feature. Backstage, this gets the loudest cheer of the day.