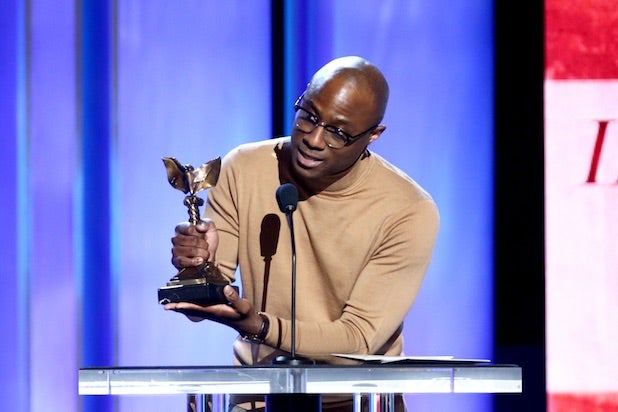 In recent years, Film Independent Spirit Award voters have more often than not gone for the movies most likely to win at the Academy Awards the next day. But they didn’t have that option with this year’s Best Feature nominees, none of which had even been nominated for the Best Picture Oscar.

So they went with the closest thing they could find to an Oscar movie: Barry Jenkins’ exquisite love story “If Beale Street Could Talk,” which was nominated for three Oscars but woefully left out in the top category.

The film was named Best Feature, Jenkins took the award for directing, and the 2019 Spirit Awards ended up feeling sort of like an alternative to the Oscars, but sort of like the closest thing that Spirit voters could conjure up.

The Spirit nominating committee had given voters a real challenge, with a Best Feature lineup with no Oscars overlap but one in which any one of the five nominees would have been a worthy winner. The others were Bo Burnham’s painfully honest “Eighth Grade,” Paul Schrader’s austere and devastating “First Reformed,” Debra Granik’s brilliantly understated “Leave No Trace” and Lynne Ramsay’s dark and corrosive “You Were Never Really Here.”

While the juries that choose nominees at the Spirit Awards are known for unusual and bold choices, the final vote is in the hands of 7,000 members of Film Independent — some of them filmmakers, others movie fans who pay the annual dues. That necessarily moves the winners into the awards mainstream, which is  exactly what happened on Saturday.

The first award of the afternoon went to Oscar-nominated supporting actor Richard E. Grant for “Can You Ever Forgive Me?” The supporting-actress award went to Regina King, whose performance in “If Beale Street Could Talk” made her the only Oscar nominee in her category. The Best Female Lead trophy went to Glenn Close for “The Wife,” repeating what has happened at every previous awards show this season (and what is expected to play out on Sunday at the Oscars).

In addition, the international-film award went to “Roma,” the Oscar favorite for Best Foreign Language Film and a strong Best Picture contender, and the screenplay award went to Nicole Holofcener and Jeff Whitty’s Oscar-nominated script for “Can You Ever Forgive Me?”

In fact, there was only one category in which a film that was nominated for the Oscars lost to a film that wasn’t — and that one was a complete anomaly. Spirit Award voters gave the prize to Morgan Neville’s “Won’t You Be My Neighbor?” over three Oscar nominees, “Minding the Gap,” “Of Fathers and Sons” and “Hale County This Morning, This Evening” — but if the Academy’s doc branch hadn’t mysteriously failed to nominate “Neighbor,” it would have been the clear Oscar favorite.

In a few other categories beyond Best Feature, voters didn’t have the option of going for the Oscar nominee. So Ethan Hawke won the Best Male Lead award for a performance in “First Reformed” that should have been nominated, and Burnham won the Best First Screenplay award for “Eighth Grade,” not an Oscar nominee but the most rewarded of the nominees.

The Spirit Awards could have used Saturday to present a true alternative to the Academy’s big show, but that’s not their style anymore. And to be fair, it’s hard to quibble with any of the voters’ choices, which rewarded uniformly excellent films across the board.

For Close, for “Roma,” perhaps for King, Saturday will likely be one more stop on the road to Sunday. For others — for “Won’t You Be My Neighbor?” and for a gleefully appreciative Richard E. Grant, moved to tears as he remembered the actor friend on whom his character is based — it may be the last award of a long season.

So what if the Spirit Awards didn’t go out of their way to be all indie and alternative? A batch of people who deserve awards received them on Saturday, and now it’s almost time to close the book on this awards season.