Spotify’s new feature will allow podcast creators to mark podcasts as subscriber-only and then directly publish them to the service. Most notably, the service will be free to podcast creators for the “next two years,” according to a release from Spotify, meaning podcasters get to keep 100% of their subscription revenue (minus payment transaction fees) until 2023. After two years, Spotify plans on introducing “a competitive 5% fee” to use its subscription podcast tools, which are available via Anchor, the podcast network it acquired in 2019.

The feature will start rolling out to users in the U.S. on Wednesday, and later, to international subscribers “in the coming months,” the company said. 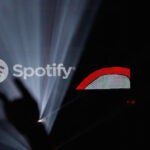 Spotify’s decision to not take a cut of subscriptions stands in contrast to Apple, which just announced its own subscription podcast service last week. Apple, when its feature launches in May, will take a 30% cut of subscription revenue from podcasters in their first year, and 15% of revenue in the years after. The tech giant will also charge creators $19.99 per year for its Apple Podcasters Program, which “includes all of the tools needed to offer premium subscriptions,” Apple said.

“By enabling wide distribution of subscriber-only content, our aim is to help podcasters maximize their subscription audience and grow it from their existing listener base,” Spotify said in a blog post. “Within Spotify, this content will be searchable and discoverable like any other podcast episode.”

Spotify’s new podcasting feature was first reported by The Wall Street Journal last week. As TheWrap noted at the time, Spotify’s decision to not take a cut of subscriptions is just the latest jab thrown in the Apple-Spotify audio fight. 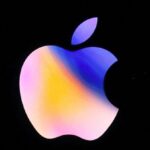 CEO Daniel Ek has said he wants Spotify — which had 155 million paying users entering 2021 — to not only be the number one platform for music, but also for everything-audio. To get there, Spotify has invested heavily in its podcasting efforts over the last few years, including going on a buying spree in 2020 and bringing in top podcasters like Bill Simmons and Joe Rogan. Now, by not taking a slice of subscription revenue, Spotify is looking to give podcast creators and fans another reason to choose its app over Apple’s.

There’s reason to believe Spotify’s podcasting push is already paying off. While the overall podcasting industry has grown in the last few years, Apple’s market share has dropped from 34% in 2018 to 24% in 2021, according to data provided by eMarketer to the WSJ.

The industry will get a better look at how Spotify is doing on Wednesday, when the company will report its Q1 performance. Check back with TheWrap on Wednesday for more details.