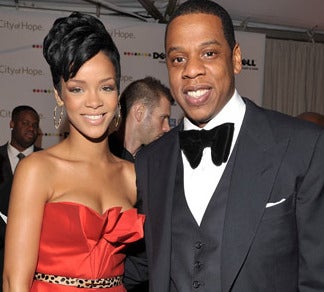 All musical performances will be available for purchase for 99 cents per song through the Apple iTunes Store beginning Saturday, Jan. 23, the day after the benefit, with all proceeds benefiting Haiti relief funds managed by “Hope for Haiti Now” charities.

With hosts Wyclef Jean in New York City, George Clooney in Los Angeles and Anderson Cooper reporting from Haiti, “Hope for Haiti Now” will feature more than 100 major film, television and music personalities supporting the cause with testimonials and by answering phones during the telethon.

The Clinton Bush Haiti Fund and United Nations World Food Programme have joined the list of relief organizations that will benefit from “Hope for Haiti Now,” which also includes Oxfam America, Partners in Health, the Red Cross, UNICEF and Yele Haiti Foundation. Proceeds from “Hope for Haiti Now” will be split evenly among each organization’s individual funds for Haiti earthquake relief.

“Hope for Haiti Now” will be the most widely distributed telethon in history, both internationally and across media platforms. The two-hour telethon will air on ABC, CBS, NBC, FOX, CNN, BET, The CW, HBO, MTV, VH1, and CMT on Friday at 8 p.m. ET/PT and 7 p.m. CT.

“Hope for Haiti Now” will be the first U.S.-based telethon airing on MTV in China.

Facebook and Twitter have signed on as official social media partners to help drive donations and tune-in to the telethon.

"Hope for Haiti Now" is produced by Joel Gallen and Tenth Planet Productions, in collaboration with Viacom’s MTV Networks and Clooney.