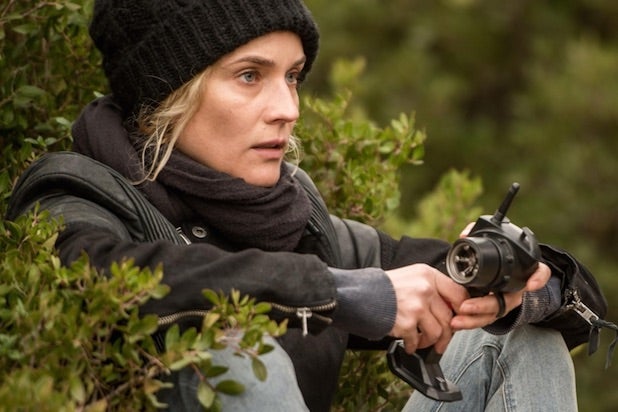 The race for the Oscar for Best Foreign Language Film is off and running, with more than half a dozen countries announcing their selections so far and dozens more set to do so before the Academy’s October 2 deadline.

The most high-profile films to be announced so far are Sweden’s “The Square,” a black comedy from director Ruben Ostlund that won the Palme d’Or at this year’s Cannes Film Festival, and Germany’s “In the Fade,” a drama from Fatih Akin that also played in Cannes, where Diane Kruger won the best-actress award.

Ostlund’s last film, “Force Majeure,” made the nine-film Oscar shortlist in 2014 but was not one of the final five nominees. “The Square,” which stars Claes Bang as an embattled museum director and Elisabeth Moss as an American reporter, was described by TheWrap in Cannes as “a bold, generous and marvelously constructed exploration of its director’s favorite question: ‘Aren’t we humans a sorry lot?'”

“In the Fade” is a drama about a woman who seeks revenge after her husband and son are killed in a bombing. TheWrap’s Cannes review called it “a solidly well made, straight-down-the-line drama; it neither reinvents the wheel nor tries to do so.”

Akin’s previous films include “The Edge of Heaven,” which was Germany’s Oscar submission in 2007. Its failure to be nominated, along with other celebrated films like Romania’s “4 Months, 3 Weeks and 2 Days” and Mexico’s “Silent Light,” spurred a change in the Oscar nominating process the following year.

“The Square” and “In the Fade” are the best known of the Oscar entries so far, which also include Azerbaijan’s “Pomegranate Orchard,” Bosnia and Herzogovina’s “Men Don’t Cry,” the Dominican Republic’s “Woodpeckers,” Iraq’s “The Dark Wind,” Nepal’s “White Sun” and Turkey’s “Ayla.”

Switzerland submitted “The Divine Order,” director Petra Volpe’s look at the movement to gain women the right to vote in that country, a change that didn’t take place until the early 1970s.

The Oscar foreign-language race has reached 80 entries in each of the last three years, including a record 85 last year.

This year’s potential entries include Aki Kaurismaki’s “The Other Side of Hope” from Finland, Sebastian Lelio’s “A Fantastic Woman” from Chile and any of a number of films from France, including Robin Campillo’s “BPM (Beats Per Minute),” Francois Ozon’s “L’Enfant Double,” Laurent Cantet’s “The Workshop” and Michel Hazanavicius’ “Redoubtable.”

Director Michael Haneke gave Austria an Oscar winner in 2013 with “Amour” and could be represented again with “Happy End,” though the film is far more abrasive and (deliberately) unlikable than “Amour.”

And Russian director Andrey Zvyagintsev’s “Loveless” won some of the best reviews of any film in Cannes this year, though the famously political Russian selection committee could balk at a drama that takes such an unsparing look at the troubles in his society.

TheWrap has compiled a list of all the announced films, with links to trailers, here.

The contenders so far: