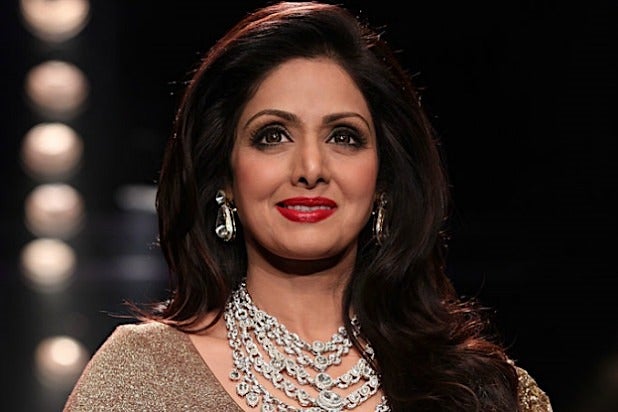 Bollywood star Sridevi Kapoor has died of a heart attack at age 54, the BBC reports.

According to the BBC, the actress died in Dubai, where she was to attend a family wedding.

Sridevi made her first Bollywood film in 1978, eventually starring in more than 150 films including “Mr. India” and “Sadma.”

Sridevi went on hiatus from acting following the 1997 release of “Judaai,” but returned to the industry with the 2012 offering “English Vinglish.”

As news of Sridevi’s death spread on Saturday, fans rushed to social media to express their condolences, including “Quantico” star Priyanka Chopra, who tweeted, “I have no words. Condolences to everyone who loved #Sridevi . A dark day . RIP.”

Read on for more reactions to her death.

I have no words. Condolences to everyone who loved #Sridevi . A dark day . RIP

#chandni is the first movie I went to see on my own, although I did not know her personally, a part of me had been taken away today from me. This puts my life into perspective. Live everyday, tell your loved ones that your love them. Life is short and unpredictable. #Sridevi pic.twitter.com/Ax9gJ40mfk

#Sridevi is no more ….
How come life be so cruel??

Cannot really digest this… Loved her in “MOM” and many more. My condolences to the family and everyone affected.