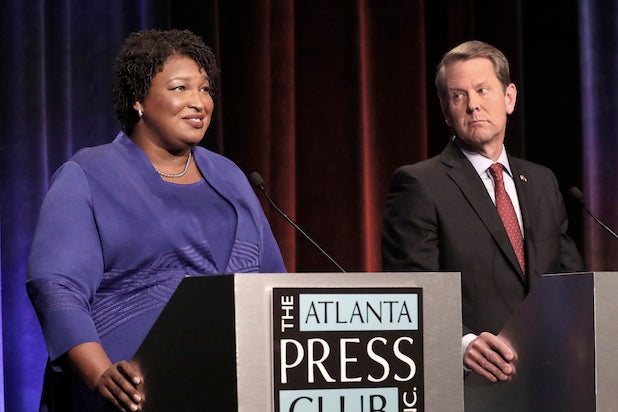 Stacey Abrams has lost her bid to become the first African-American Woman to become elected a state’s governor.

However, in announcing that she will end her challenge against the now Governor-elect Brian Kemp, Abrams refused to concede, saying that voter suppression helped him win, according to the Associated Press.

“Let’s be clear, this is not a speech of concession,” she said during a news conference on Friday. “Because concession means to acknowledge an action is right, true or proper. As a woman of conscience and faith I cannot concede that.” The AP reported that Abrams was considering the unprecedented move of invoking a state law that would let her challenge the results based on “misconduct, fraud or irregularities … sufficient to change or place in doubt the results.”

The race between Abrams, the Democratic candidate who has received the backing of major Hollywood players including Oprah Winfrey, and former Georgia secretary of state Kemp, was too close to call on election night on Nov. 6.