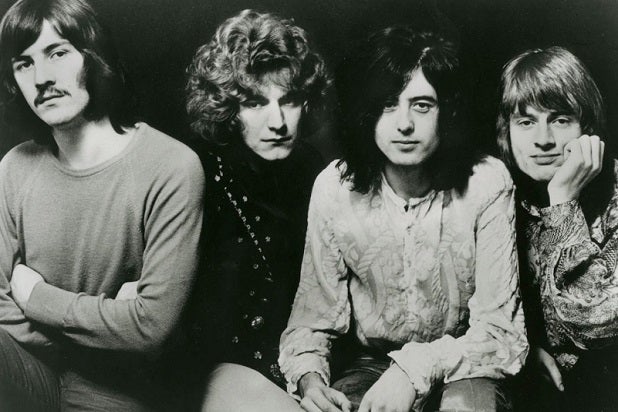 The legal saga over Led Zeppelin’s rock classic “Stairway to Heaven” just had another verse added to it.

After the band members prevailed against a lawsuit alleging that “Stairway to Heaven” infringed on the Spirit song “Taurus,” an appeals court gave new life to the suit on Friday, with an opinion partially vacating the previous verdict in Jimmy Page and his cohorts’ favor.

The opinion, handed down by the 9th circuit court of appeals, declares, “The panel vacated in part the district court’s judgment after a jury trial in favor of the defendants and remanded for a new trial in a copyright infringement suit alleging that Led Zeppelin copied ‘Stairway to Heaven’ from the song ‘Taurus,’ written by Spirit band member Randy Wolfe.”

The band members of Led Zeppelin were initially sued in 2014 by Michael Skidmore, trustee of the Randy Craig Wolfe Trust filed suit, claiming that “Stairway” infringed on “Taurus,” which was written by Spirit frontman Wolfe, who performed under the name Randy California.

Two years later, a jury found otherwise, siding with Led Zeppelin and finding that, while Led Zeppelin guitarist Jimmy Page and vocalist Robert Plant did have access to “Taurus” before writing “Stairway,” the songs are not substantially similar.

The jury’s decision was preceded by a high-profile trial that featured testimony from music experts, as well as Page and Plant.

In a statement to TheWrap on Friday, Skidmore’s attorney, Francis Malofiy, said that, while he appreciates Led Zeppelin as a band, “their plagiarism stains their legacy.”

“It was a unanimous decision. It was a published decision which is nice, as opposed to a non-published decision. They (9th Circuit Court of Appeals) recognized that a number of things happened in lower court that went against the plaintiff that shouldn’t have happened,” Malofiy said. “That’s very profound. I also think it’s profound that we will be able to play the actual audio, the sound recording for the jury. That was the big fight. We were comparing apples to oranges, comparing ‘Stairway to Heaven’ to sheet music and now we’re going to be able to level the field.”

He added, “Look, Led Zeppelin is the one of the greatest bands in history, I’ve always appreciated them tremendously as a musician and as a lawyer, but their plagiarism stains their legacy. There is not just one song, there are many songs, there is litigation settled in court. This song is one of the greatest in rock and roll history and it’s unfortunate that simple credit couldn’t have been given where credit is due. The more we fight about it, the more truth comes out. We’re just happy we’re able to see justice at the end and to get an opportunity to try the case again. That is what it really comes down to. It was a long hard fight and it’s still going on, but we’re just happy to be able to advance the case and get in front of a jury again.”

Attorneys for Led Zeppelin have not responded to TheWrap’s request for comment on Friday’s opinion.