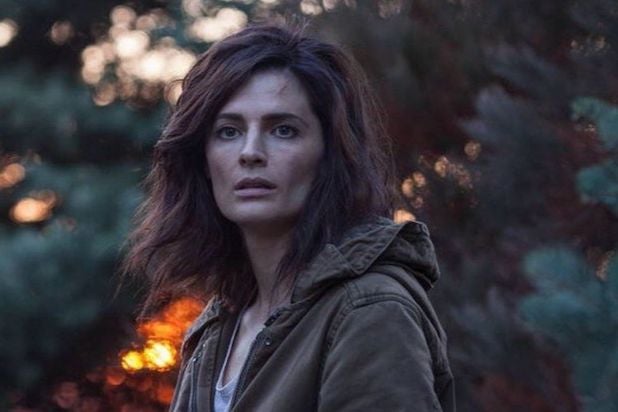 The Stana Katic-led “Absentia” has been renewed for a second season by Amazon, the streamer announced Thursday. The sophomore installment is currently in production in Sofia, Bulgaria, and set to debut in 2019 on Prime Video.

“Castle” alum Katic stars in and executive-produces “Absentia,” which centers on FBI agent Emily Byrne (Katic). In season one, Emily disappeared without a trace and was declared dead after hunting one of Boston’s most notorious serial killers. Six years later, Emily was found in a cabin in the woods, barely alive, and with no memory of the years she was missing. Returning home to learn her husband had remarried and her son was being raised by another woman, she soon found herself implicated in a new series of murders.

In Season Two, after tracking down and killing her abductor, Emily struggles for a tenuous new normal with son Flynn and ex-husband Nick. But her obsessive investigation into the questions that haunt her uncovers a serial killer and a spiraling conspiracy that threatens more than just her family.

Le Nevez will portray the character Cal Isaac, a rugged ex-Navy SEAL with a disarmingly upbeat disposition. Cal’s familiar with the demons that chase Emily (Katic) and proves to be a loyal and sympathetic counterpart to the series heroine. Little will portray the character of Special Agent Julianne Gunnarsen, an accomplished, enigmatic and beautiful FBI profiler with a chilly efficiency who joins the ranks of the Boston FBI field office after a deadly terrorist attack rocks the city.

The series was created by Gaia Violo and Matt Cirulnick, and is based on a pilot script originally written by Violo.

“‘Absentia’ really resonated with our Prime Video audience who were enthralled by the thrilling storyline and complicated characters,” said Vernon Sanders, Co-Head of Television, Amazon Studios. “Stana Katic is immensely talented and we look forward to her peeling away the layers of a twisted conspiracy that is deeper than her character ‘Emily’ could have ever imagined in Season Two.”

“From its inception on Sony’s international networks, ‘Absentia’ has been a hit with global audiences,” said Marie Jacobson, EVP, Programming & Production, Sony Pictures Television Networks. “We’re thrilled to push our story forward into Season Two and couldn’t ask for a better home than Amazon for our signature Sony Networks series.”