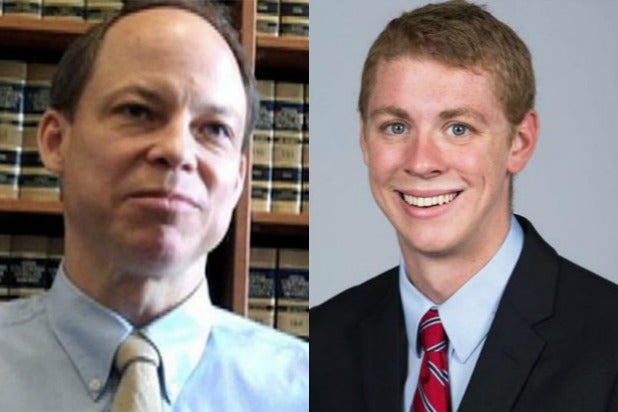 The California judge who sentenced a former Stanford University swimmer to six months in jail for raping an unconscious woman is likely to survive the recent efforts to remove him from the bench, experts tell TheWrap.

“It’s very, very unlikely,” criminal defense attorney Mark McBride said of the possibility Superior Court Judge Aaron Persky might be ousted. “People have the right to recall judges all they want but unless you get the legal community behind it, it won’t happen.”

McBride, who’s tried many sexual assault cases, said Persky was allowed to use his discretion in handing down a sentence on 20-year-old Brock Turner that was considerably lighter than the 14-year maximum — and prompted outcry after the rape survivor’s 12-page statement from the sentencing hearing went viral.

“In this case, the judge was in his right to use his judgment,” he said.

Also Read: Meet the Oscar Nominee Who Got Stanford Rape Survivor's Story Out - and It's Not Lady Gaga

Recalls of elected judges like Persky are usually the result of illegal activities such as accepting a bribe or failing to disclose a conflict of interest — which is not the case here.

“Recall efforts like these are rarely successful,” former Los Angeles district attorney Steve Cooley told TheWrap. “I don’t know of any recalls that have worked.”

The Santa Clara County Registrar of Voter’s Office, which would handle the case, told TheWrap there have been no judge recalls in their county in the last 25 years, maybe more.

According to The Marshall Project, a nonprofit news organization covering the U.S. criminal justice system, there have only been 27 attempts to recall Supreme Court justices in California since 1913, including one to recall Judge Nancy Wieben Stock for granting O.J. Simpson custody of two of his children (the recall bid was unsuccessful).

Though a Change.org petition to recall Persky has already garnered 729,145 signatures online, experts say it has no legal weight.

The only way to legally recall Persky requires filing a petition with the Santa Clara registrar’s office, which office spokeswoman Anita Torres said has not happened.

Also Read: Stanford Rape Witnesses Who Stopped Assault Speak Out: 'She Didn't Move at All'

Stanford Law Prof. Michele Dauber has said she intends to launch an official recall drive, and has received $6,000 in contributions so far to support a drive to gather 58,634 signatures in 160 days.

“The victim in this case has been a close friend of my daughter since middle school,” Dauber wrote in a letter to the court. “A lenient sentence of probation or a few months in jail is simply not commensurate with the severity of the harm Brock Turner inflicted on her, nor will it deter future similar assaults at Stanford.”

But collecting that many signatures could be a challenge. “That’s not an easy thing to do, considering you have to go door to door,” Jessica Levinson, a Loyola Law professor specializing in politics, told TheWrap. “This case is different in the sense that it’s gotten a lot of media attention. So there’s always a possibility.”

Of course, there is another way to try and oust Persky: Elect someone else to his seat, a six-year term that is up this year.