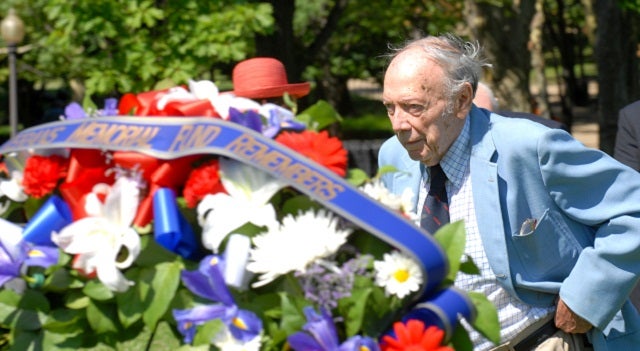 Stanley Karnow, who wrote a definitive book about the Vietnam War, “Vietnam: A History,” and later won a Pulitzer for a history of the Philippines, died Sunday morning. He was 87.

Karnow had congestive heart failure and died in his sleep at his home in Potomac, Md., his son Michael Karnow told the Associated Press.

After covering the war for Time, the Washington Post and other publications through the 1970s, Karnow worked on an epic PBS documentary and wrote the million-selling "Vietnam: A History,” which was published in 1983.

The PBS series won six Emmys, a Peabody and a George Polk award and was the highest-rated documentary at the time for public television, with an average of 9.7 million viewers per episode. The series was even-handed, so much so that it was criticized heavily by liberals as well as conservatives. Karnow was involved in Vietnam from the start of the U.S. Involvement.  In 1959, as Time magazine's Southeast Asia bureau chief, he reported on the first two American deaths in Vietnam. In 2009, he helped commemorate the deaths in a ceremony in Washington, D.C. (photo above).

Karnow's "In Our Image," a companion to a PBS documentary on the Philippines, won the Pulitzer in 1990. His other books included "Mao and China," which in 1973 received a National Book Award nomination, and his 1997 memoir, "Paris in The Fifties."

“It is hard to think of anyone in journalism who has done more, over a longer period, to help Americans understand East Asia,”  Donald Emmerson, a senior fellow at Stanford’s Institute for International Studies, told the Washington Post in their obituary of Karnow.  He was the first recipient in 2002 of the Shorenstein Award, a journalism prize given by Stanford and Harvard in recognition of a work that illuminates Asia.

Karnow was born in New York on Feb. 4, 1925 and by high school was writing radio plays and editing the school's paper, a job he also held while attending Harvard University. He served in Asia with the Army Air Forces as a weather observer, cryptographer and unit historian during World War II. After the war, he returned to the U.S and studied literature and history at Harvard, from which he graduated in 1947.

Karnow set out for Europe after leaving school and later said, "I went to Paris, planning to stay for the summer. I stayed for 10 years." While there he interviewed Audrey Hepburn and Christian Dior, and ran in the same crowd with Norman Mailer, James Baldwin and John Kenneth Galbraith.