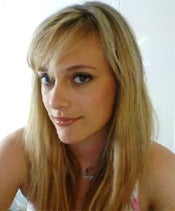 And, according to Lester, MTV discovered her while passing Rush & Molloy’s reality show pitch.

Here’s the inside-media backstory, via an interview with the Frisky:

Two and a half years ago I was working at The Daily News [as a gossip reporter] and my bosses there, Rush & Malloy, they approached the producers about a reality show about the gossip industry. The production company passed on that, but interviewed me as part of the process. They were, like, ‘Oh, we’d rather develop a show about Shallon,’ and so we sold it to MTV.

In 2006, Bravo did air a short-lived show about the Daily News called "Tabloid Wars" — which focused on young gossip Hud Morgan instead of the veteran Rush & Molloy.