Comic-Con at Home got its first amusing snag out of the way early-on during its opening day when the live stream of the “Star Trek” panel — the first big event of the week — was blocked on YouTube… for infringing on “Star Trek” copyrights.

The first part of the stream, a brief chat with “Star Trek: Discovery” executive producers Search Alex Kurtzman and Heather Kadin, went off without a hitch. But then the scene moved on to a panel featuring the “Discovery” cast and when they began to do a script read, accompanied by sound effects and music from the CBS All Access series, users trying to connect to the stream, which was promoted from the official “Star Trek” CBS social media accounts, were met with the following message:

“Video unavailable. This video contains content from CBS CID, who has blocked it on copyright grounds.” 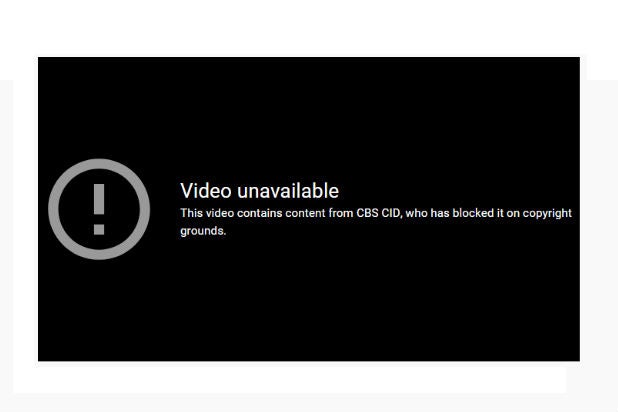 Presumably, the “Star Trek” Comic-Con panel was showing enough footage from the show to set off the takedown. Fortunately for the crew of the USS Discovery, the problem was fixed before too long.

“There was an issue with our content protection that unfortunately blocked the video briefly for users who came into the feed after the panel had started,” a CBS spokesperson said in a statement. “It was an issue for a matter of minutes and was quickly resolved.”

The panel — which like most of the Comic-Con at Home streams — was prerecorded. not live, which means the combination of ‘live’ actors and prerecorded sound effects and music was pre-planned.

Comic-Con International did not immediately respond to request for comment.