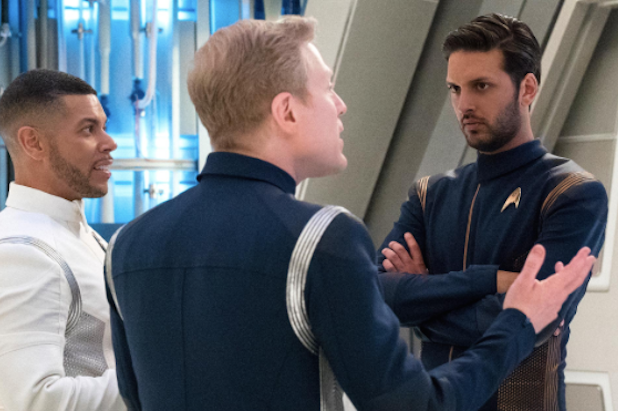 (Spoiler alert: Do not read on unless you’ve already watched Sunday’s episode of “Star Trek: Discovery,” “Despite Yourself.”)

If you were enraged to see Wilson Cruz’ gay character’s death during Sunday’s episode of “Star Trek: Discovery,” you weren’t alone. Many fans flipped over the death of Dr. Hugh Culber, who was killed by Lt. Ash Tyler (Shazad Latif) on the latest episode of the CBS All Access series.

In fact, Cruz was actually “nervous” himself about the freshman series being seen as yet another example of offing an LGBTQ character of color.

“I would be upset if I was watching, and I think we need to give people permission to be upset. It’s upsetting. It’s a disappointing moment,” Cruz tells Entertainment Weekly.

But Cruz wants you to know that, while he understands fans may be disappointed and confused by the character’s death, it’s not a #BuryYourGays situation.

“I’m nervous because we are all aware of this trope throughout television which we continue to see LGBT characters, characters of color, and women killed off in very dismissive ways, and I want people to know that this is not that,” Cruz said. “This is a chapter of this epic love story of these two characters. And this is science fiction. This is Star Trek. There are many possibilities.”

#BuryYourGays: 11 LGBT TV Characters Killed Off in 2017, From 'Kingdom' to 'The Walking Dead' (Photos)

Once again, gay and lesbian characters had a seriously high mortality rate on the small screen this year