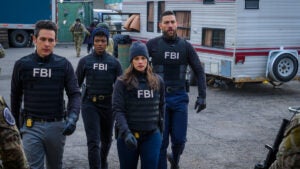 “Star Trek: Prodigy” saw the largest spike in demand from last week — breaking into the top 10 of most in-demand new shows with a 26% jump for the week ending January 14.

While the first several episodes of the show charted a path relatively independent of franchise baggage, the show recently embraced “Star Trek” canon and has gone all in on references to past movies, shows and characters. The lesson — if you have the assets of a franchise, leverage them to excite and engage your audience.

Disney+’s “Star Wars” spinoff “The Book of Boba Fett” remained the most in-demand breakout series with 39.4 times the average series demand. This is essentially unchanged from its demand last week, indicating that the show has reached a steady baseline level of demand three weeks into its run.

Showtime has emerged as a major contender, putting out some of the most in-demand new content. Two shows from the platform ranked as the third and fourth most in-demand breakout series. Showtime’s “Yellowjackets” ranked as the third most in-demand new series in the U.S. ahead of its January 16 finale, with 32 times the demand of the average series and has shown a strong growth in demand leading up to its finale. “Dexter: New Blood,” which aired its final episode on Jan. 9, landed at No. 4 on the list.

These shows trail only the latest series from Disney+’s franchise powerhouses of “Star Wars” and Marvel. But “Yellowjackets” is poised to overtake “Hawkeye” next week if both shows’ current trajectories hold.

Demand for HBO Max’s “Station Eleven” was up by 4% following the show’s finale on January 13. While this is not an exceptional jump in demand for a finale episode, this was the only week during the show’s run where it released a single episode. Most weeks two episodes dropped, and the first week HBO Max released the first three episodes, helping to jolt demand for the show’s premiere. The show is one more example of platforms experimenting with release strategies to attract the most attention. 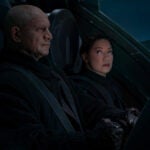