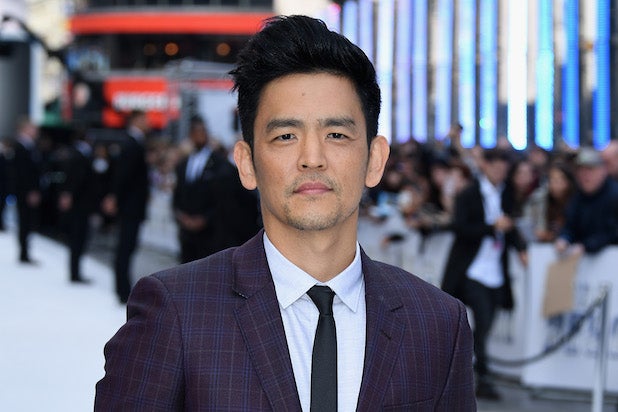 “Star Trek” star John Cho has joined the chorus of those slamming United Airlines over video of police forcibly removing a customer from an overbooked flight. And as Cho sees it, the incident is a reflection of the national political climate since Donald Trump became president.

It's hard not to see a connection between the environment Trump has created and what happened on that @united flight.

The man, reportedly a Louisville, Kentucky doctor, had not violated any laws. According to fellow passenger Audra D. Bridges, who posted video of his expulsion from the flight, United determined it needed to make room for four standby crew who needed to be in Louisville. The airline initially offered people $400 and a hotel stay to voluntarily take a different flight, but people were still allowed to board after this. Once the plane was filled, passengers were told that four people needed to give up their seats. The offer was then increased to $800, but no one budged.

At this point, United informed passengers that, because no one volunteered, the airline would use a computer algorithm to randomly select four passengers for removal – while still receiving the offered compensation.

This is within United Airlines’ rights. Thanks to the 1976 Supreme Court decision in Nader v. Allegheny Airlines, Airlines aren’t allowed to boot passengers on overbooked flights without compensating them. But they are allowed to boot them. So it is that United’s contract language says that when flights are overbooked, it can ask volunteers to give up their seats in exchange or vouchers or money, warning that any “request for volunteers and the selection of such person to be denied space will be in a manner determined solely by UA.”

But of course, what came next was the problem. Three of the randomly selected passengers left but the man captured in the video refused. So the airline called Airport law enforcement to forcibly remove him, resulting in visible injuries as the cops dragged him callously off the plane.

Cho did not clarify whether he was making a comment about police brutality, corporate indifference to customer needs, race (the passenger in question is of Asian descent), or another issue in relation to the Trump Administration.

As for United, the self-inflicted public relations head wound shows no signs of abating. On Monday, CEO Oscar Munoz defended the actions of Chicago aviation police and called the passenger “belligerent” and “disruptive” among other things. Later, a spokesperson for United told TheWrap, “We’re not blaming the customer, just stating the facts.”