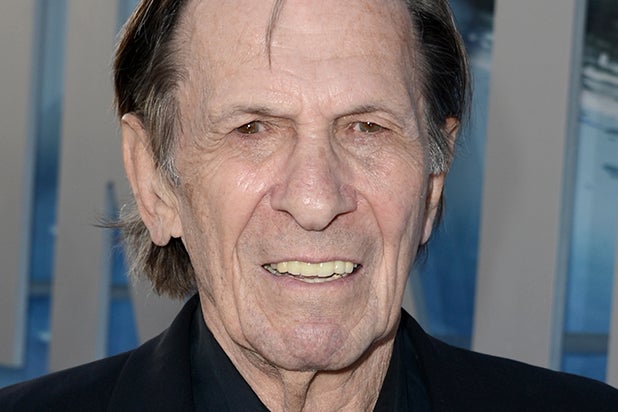 “Star Trek” actor Leonard Nimoy, 83, was hospitalized Thursday after firefighters responded to a medical call from his Los Angeles residence, according to multiple media reports which surfaced Monday afternoon.

LAFD spokeswoman Katherine Main told the LA Times that firefighters were on the scene at a home in Bel-Air that belongs to Nimoy at 7:30 a.m. on Thursday morning, and one patient was transported to an area hospital.

TMZ reported the actor was suffering from severe chest pains and was taken to UCLA Medical Center, although it’s unclear if he still remains hospitalized.

He did, however post a tweet on Sunday, that read: “A life is like a garden. Perfect moments can be had, but not preserved, except in memory. LLAP.”

Nimoy is best known for his role of Spock in the original “Star Trek” series from 1966-1969. He has since played the half-Vulcan, half-human in multiple film, TV and video game spinoffs, including a cameo in 2013’s “Star Trek Into Darkness.”

Nimoy revealed in January that he had been diagnosed with chronic obstructive pulmonary disease (COPD), which he attributed to a smoking habit he had kicked 30 years earlier.

I quit smoking 30 yrs ago. Not soon enough. I have COPD. Grandpa says, quit now!! LLAP

Don't smoke. I did. Wish I never had. LLAP