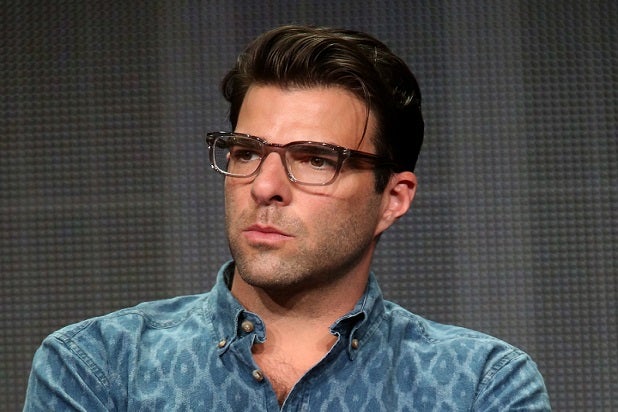 “Star Trek” star and activist Zachary Quinto has joined the Board of the Foundation for a National AIDS Monument, the organization announced on Wednesday. William Morris Endeavor Board Member Mark Itkin and marketing executive Tom Whitman are also new additions.

“I am excited to be part of the AIDS Monument Foundation Board of Directors, particularly because while the mission is to honor the lives of those lost as well as celebrating the people who fought and continue to fight for change and an end to HIV/AIDS, it looks ahead to keep the conversation about HIV current and relevant,” Quinto stated in a press release.

Quinto has appeared in film, television and , having earned an Emmy nomination for his role in “American Horror Story: Asylum.” Over the years, Quinto has dedicated his time to numerous charities including The Trevor Project, It Gets Better Project, Alzheimer’s Association, Autism Speaks and NBC’s The More You Know campaign.

Currently, Itkin is the Co-Head of Television at William Morris Endeavor and is a member of its Board of Directors. Itkin has been a member of the Academy of Television Arts & Sciences for 18 years, served two terms as a Governor and spent six years on its Executive Committee.

“The National AIDS monument will be a catalyst for conversations that can help save lives. In addition to the gravitas of Hollywood that Zachary brings to the Board, he also adds an active, willing voice to reach the young people most at risk for contracting HIV. Mr. Itkin strengthens that entertainment industry expertise and reach as well as a vast amount of passion around philanthropic causes. We are equally grateful for Tom’s experience in building community and marketing campaigns as well as his relevant Board experience,” said Jason H. Kennedy, Board vice-chair.

The foundation, based in West Hollywood, has been working since 2013 with city and local community members to plan for the development of an enduring physical and interactive testament to the historic and future fight against HIV and AIDS. This would be the nation’s first monument created to memorialize, by name and likeness, Americans who died as a result of HIV/AIDS.