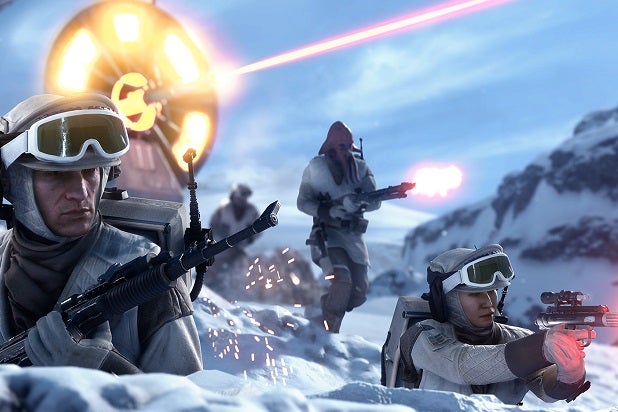 Sony is teaming up with Electronic Arts to adapt its “Star Wars Battlefront” video game for virtual reality, but the company didn’t say exactly how — just that it’s a “‘Star Wars Battlefront’ experience” that will be played via the PlayStation 4’s VR headset.

Andrew House, Sony Computer Entertainment CEO, made the announcement during the company’s PlayStation VR event at Developers Conference in San Francisco on Tuesday, but he was light on details. House said this “experience” will be crafted by DICE, the developers responsible for last year’s edition of the “Battlefront” series that released on PlayStation 4, Xbox One and PC.

Developers and publishers often use the word “experience” to indicate that a game won’t be a straight adaptation, and it’s likely that the virtual reality version of “Star Wars Battlefront” will be drastically different from its recent namesake just given the technical demands of VR compared with those of a standard game.