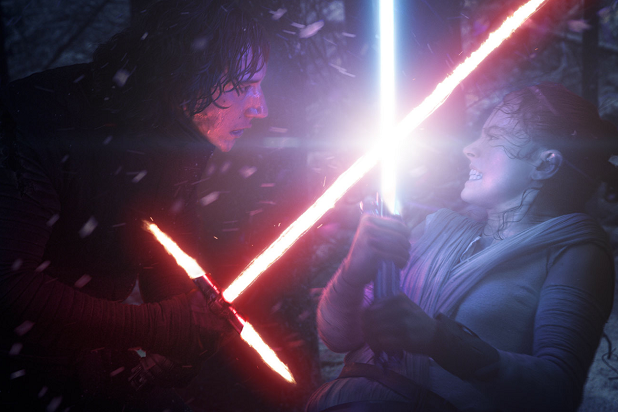 The Oscars race for Best Visual Effects has been narrowed from 20 to 10 films, with the remaining contenders including “Star Wars: The Last Jedi,” “War for the Planet of the Apes,” “Blade Runner 2049,” “Okja” and “The Shape of Water.”

Films that made the 20-film shortlist but didn’t make the cut to the final 10 include “Beauty and the Beast,” “Jumanji: Welcome to the Jungle,” “Justice League,” “Logan” and “Thor: Ragnarok.”

“Alien: Covenant”
“Blade Runner 2049”
“Dunkirk”
“Guardians of the Galaxy Vol. 2”
“Kong: Skull Island”
“Okja”
“The Shape of Water”
“Star Wars: The Last Jedi”
“Valerian and the City of a Thousand Planets”
“War for the Planet of the Apes”

Members of the Academy’s Visual Effects Branch will now be invited to a Jan. 6 presentation that will include 10-minute excerpts from the shortlisted films. Members will vote after that presentation for their favorites, with the five nominees announced on Jan. 23.

The 90th Academy Awards will take place on March 4.