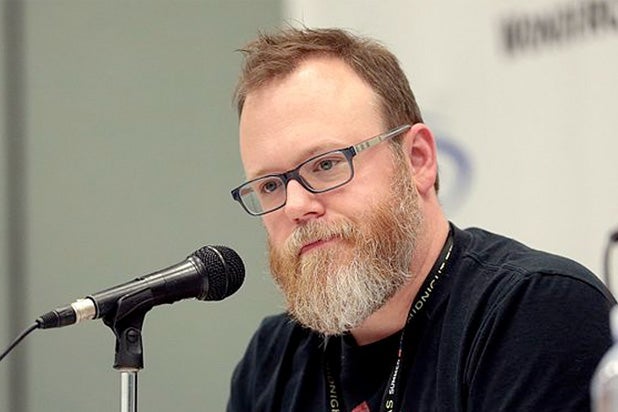 Author, screenwriter, blogger and comics writer Chuck Wendig said on Twitter Friday that Marvel Comics fired him for using “negativity and vulgarity” in tweets when responding to online critics and trolls of his work.

Wendig said he was taken off issues 4 and 5 of a forthcoming “Star Wars” series of comics called “Shadow of Vader” for not being “civil” in his reactions to harassment he said he has received.

“Today I got the call. I’m fired. Because of the negativity and vulgarity that my tweets bring,” Wendig wrote on Twitter and reposted on his blog terribleminds. “Seriously, that’s what Mark [Paniccia], the editor said. It was too much politics, too much vulgarity, too much negativity on my part.”

Marvel confirmed that Wendig and Marvel have “parted ways,” but offered no further comment. An individual with knowledge of the situation said Wendig was taken off all “Star Wars” projects, but that the decision had nothing to do with his political views.

A rep for Lucasfilm Ltd. did not immediately respond for comment.

Wendig said he started receiving harassment after working on the 2015 novel “Star Wars: Aftermath” and writing LGBT characters into the story.

He added that he was privately told by people within Lucasfilm Ltd. that “they valued that I spoke out both speaking up for myself and for ‘Star Wars.'”

Wendig called the harassment, which he said was also aimed at other creators, part of a “a major misery funnel from Comicsgate and their ilk.” Comicsgate is a right wing political effort formed by comics fans who oppose inclusive content in comics, which they deride as “forced diversity.”

He likened his situation to that faced by other creators within “Star Wars” and Marvel, including “The Last Jedi” star Kelly Marie Tran and “Guardians of the Galaxy” director James Gunn. Tran was subjected to a campaign of racist harassment that forced her off social media.

Gunn was fired from the third “Guardians” movie in July, after right-wing activists publicized offensive tweets from nearly a decade earlier. However, those tweets were already known, as Gunn had publicly apologized for them and disavowed them shortly after being hired to direct the first “Guardians of the Galaxy.”

“I know it hands Comicsgate a big win. It will embolden them. But they won — I’m out of Marvel and, I guess for now, at least, out of any kind of ‘Star Wars.’ Do your victory lap, I guess. (Just please leave me out of it),” Wendig said.