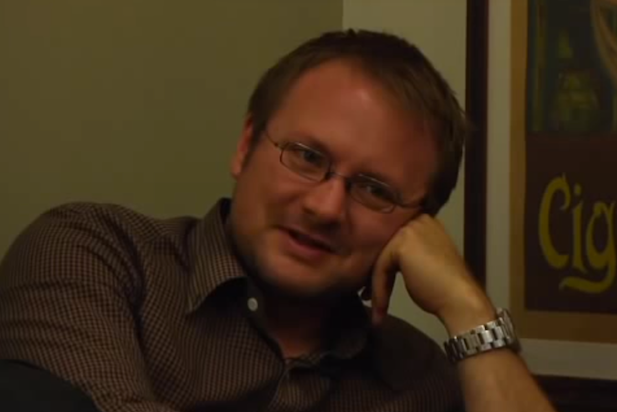 Disney and Lucasfilm have convinced Rian Johnson to do what he once swore he could not: write for hire. Johnson wrote all three of his previous movies on his own time, establishing characters and worlds that would later charm both critics and audiences.

In a 2011 interview with MakingOf, Johnson insists that is the only way he can work.

“I don’t think I could ever write for a living, write for hire,” Johnson said. “I take so long to write; it’s bad, it’s no good.” This interview took place before his three classic episodes of “Breaking Bad” and the success of “Looper,” which vaulted Johnson into another stratosphere. The movie, made for $30 million, grossed $176.5 million worldwide.

Fortunately for Johnson, J.J. Abrams is still shooting “Episode VII,” due out next December. Johnson has three years before he needs to turn in a finished version of “Episode VIII” (the movie, not the script).

The 40-year-old Johnson offers some insight into his process and philosophy during the interview, in which he calls directing “the best seat in the house.” He prefers to write at night – on “a vampire schedule” – and he’s been making movies since he was a kid.

The best part of it all is watching a writer and director with so much talent speak with so little self regard. “I write sporadically and badly with no rhyme or reason whatsoever,” Johnson said.

Everyone else seems to disagree.

Watch the full interview below.