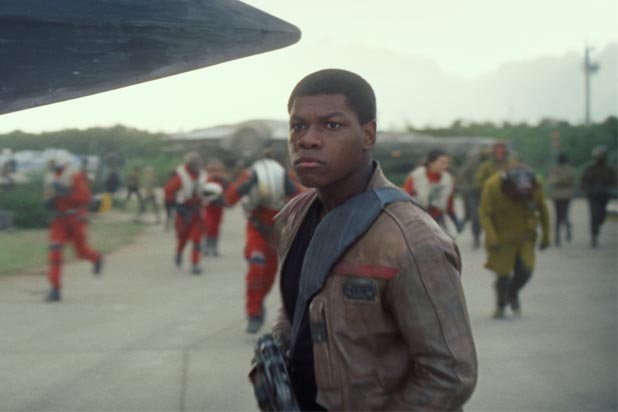 Rian Johnson, director of the next “Star Wars” installment “The Last Jedi,” would like it to be known that he has not written a treatment for “Star Wars: Episode IX.”

A Hollywood Reporter story wrote that Lucasfilm has called on Jack Thorne, writer of the West End play “Harry Potter and the Cursed Child,” to rewrite the script for the third and final chapter in the current “Star Wars” trilogy, saying Johnson had written a treatment. Another trade publication, Variety, followed suit.

But Johnson took to Twitter with a clarification: “Small correction: I did not write a treatment for IX.”

THR quickly corrected its story. The confusion may have arisen from the fact that in June 2014, when Johnson was announced as writer and director of Episode VIII, individuals close to the project also said he would write an Episode IX treatment.

But on April 24, Johnson denied that he was involved with the writing for “Episode IX” when responding to a fan on Twitter.

In addition to writing the script for the “Potter” play, which he worked on with series creator J.K. Rowling, Thorne is also slated to write an adaptation of Philip Pullman’s fantasy novel trilogy, “His Dark Materials,” for BBC One, as well the first episode of the upcoming Channel 4/Amazon sci-fi anthology series “Philip K. Dick’s Electric Dreams,” which will star Timothy Spall and includes Bryan Cranston as executive producer.