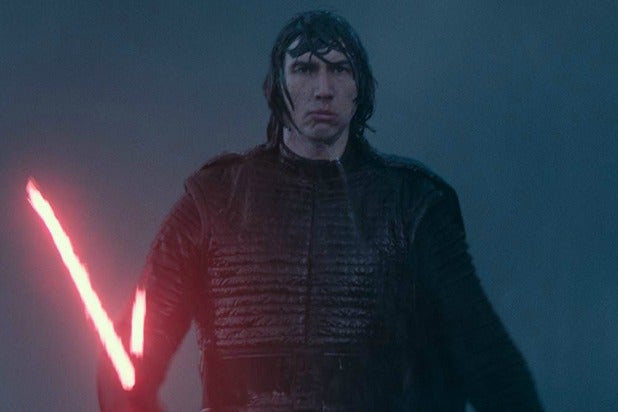 (This post does not contain any spoilers for “Star Wars: The Rise of Skywalker”)

We’re just a few days away now from the arrival of “Star Wars: The Rise of Skywalker” in theaters everywhere, and that means the hype meter is already off the charts. And with the world premiere taking place Monday night in Hollywood, we’ve now got a whole bunch of people who have actually seen the thing.

And, of course, a lot of those people tweeted their reactions as soon as they got out of the theater. And, well, those reactions are mostly what you’d expect from people attending the premiere of a new “Star Wars” movie. For the most part, the responses are very positive, though some are less positive than others.

The reactions thus far have come in two main flavors: folks voicing overwhelmingly effusive praise for the film, and folks who say that the movie is a whole lot and they’re gonna have to think about it. It’s not extremely surprising that we’d get those types of responses at the premiere — it’s unlikely that anyone at the premiere would straight up trash the movie, so this is the range I personally expected.

Also Read: Will Baby Yoda Be in 'Star Wars: The Rise of Skywalker'?

We want to reiterate here that there are no spoilers in the tweets below — unless you consider “I liked it” or “I’m not sure how I feel” to constitute plot and story details. Now let’s get into it.

STAR WARS: THE RISE OF SKYWALKER is certainly the most convoluted Star Wars. There is a lot I liked, but the first half gets so bogged down with exposition and new plot and doodads and beacons and transmitters, it feels like it should have been three movies on its own.

But most of all, it’s a fitting ending for this incredible, 40+ year-long saga. pic.twitter.com/pd2GEwI7O3

I’ve seen #StarWarsTheRiseofSkywalker. It’s… a lot. There’s a lot I like and some I loved but overall my feelings are pretty mixed. It felt like an apology for The Last Jedi in some ways and a sequel to The Force Awakens in many, which I found frustrating. pic.twitter.com/6m8sOQWhTx

I might be in the minority on #TheRiseofSkywalker. I have a lot to say but will wait till after it has opened. pic.twitter.com/Pn9B18uTVk

#TheRiseofSkywalker is a lot. It’s like 9 movies of plot in one. Going to take me about 9 days to process.

I’m gonna need a minute to digest #StarWarsTheRiseofSkywalker. There’s so much movie in this movie. But its best moments are the quietest and most human. Giving this more of a think, though.

Epic. All of it. #TheRiseofSkywalker is a terrific finale that is just stuffed with so much of everything. Action, adventure — answers!! — humor, heart, love, and grit. I spent the entire second half with tears in my eyes – a wonderful way to end the Skywalker story pic.twitter.com/K2NhHSGWzM

I saw #RiseofSkywalker. It was a movie with people in it! Things happened! @ThatKevinSmith was two rows behind me and enhanced my moviegoing experience tenfold. These are my spoiler-free words!

#StarWars #TheRiseOfSkwalker reaction: One word: EPIC! A satisfying crowd pleasing adventure, and a fitting end to the saga! My favorite of the three! Can't wait to see it again!

#StarWars #TheRiseOfSkywalker is a lot. It’s a big, giant movie with a lot of spectacle and high stakes and it’s definitely going to start a conversation (or a lot of conversations) among fans.

#StarWars #TheRiseOfSkywalker is good. It’s big and full of surprises and, in the words of Luke Skywalker, “This is not going to go the way you think.” pic.twitter.com/nruJtzaMC4

Just stepped out of #TheRiseofSkywalker. It’s an immensely satisfying and MASSIVE end to the saga. It somehow addresses issues, problematic characters, and most unanswered questions from The Force Awakens and The Last Jedi too. pic.twitter.com/TMKeXCXuUx

I’m emotional, overwhelmed, surprised, shocked & stunned. More than anything, I’m happy. Thanks for coming through one more time, Star Wars.#TheRiseOfSkywalker

I am still processing #TheRiseofSkywalker but omggggg I’m so happy and sad at the same time!!!!! JJ Abrams you’re my hero! Thank you so much for this movie. pic.twitter.com/dMmv3k8N6Z

#StarWars #TheRiseOfSkywalker…OH MY GOD! I am absolutely blown away! I’ve never been so satisfied by a film. This is the end of an era and a franchise that has defined my life and this did it justice in a way I didn’t imagine it could. You WILL cry…. pic.twitter.com/Jfx5bzdZOO

If all these tweets are getting you wound up with anticipation, don’t worry. “Star Wars: The Rise of Skywalker” hits theaters on Thursday evening.