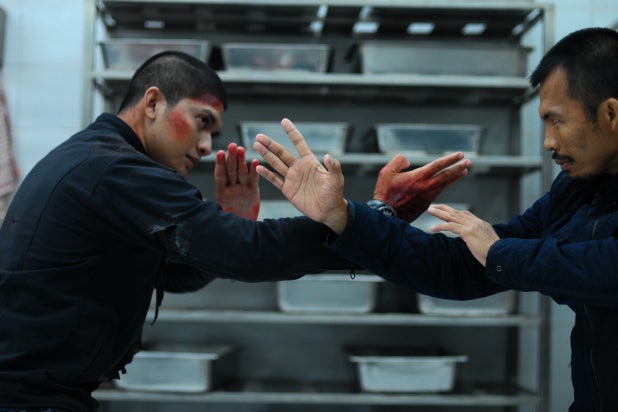 The trio of talented martial artists join John Boyega, Daisy Ridley, Adam Driver and Oscar Isaac in the Disney movie, which was produced by Lucasfilm and Bad Robot.

Another member of the “Raid” stunt team also participated in the top-secret shoot, though an individual familiar with the project declined to identify the performer.

Though it’s unclear whether the “Raid” trio will appear on the side of good or evil, one is expected to perish onscreen — meaning the stakes are life-and-death in the new “Star Wars” movie.

“The Force Awakens” will hit theaters on Dec. 18.

Disney declined to comment on the castings, which were first reported by Twitch.