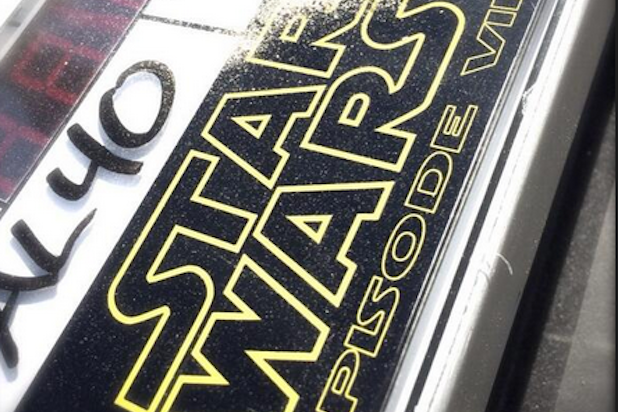 At this rate, there will be whole books written and photo albums compiled about the new “Star Wars” movie before JJ Abrams can get to his first round of dailies.

Following the table read shot seen round the world earlier this month, Abrams’ Bad Robot posted a picture of a “Star Wars: Episode VII” clapperboard on Twitter early on Friday, accompanied only by the text “#dayone.” Since shooting had been scheduled to start this month, it seems the movie has begun production — unless the notoriously secret Abrams is pulling a head fake.

Either way, the internet loves it.

There’s nothing more to say about the movie, which is being shot in England’s Pinewood Studios, beyond rehashing what we already know: It returns original trilogy heroes Mark Hamill, Carrie Fisher and Harrison Ford, while bringing new stars such as Oscar Isaac, John Boyega, Adam Driver and Daisy Ridley to the galaxy; the film is based on a script  by Abrams and Lawrence Kasdan.