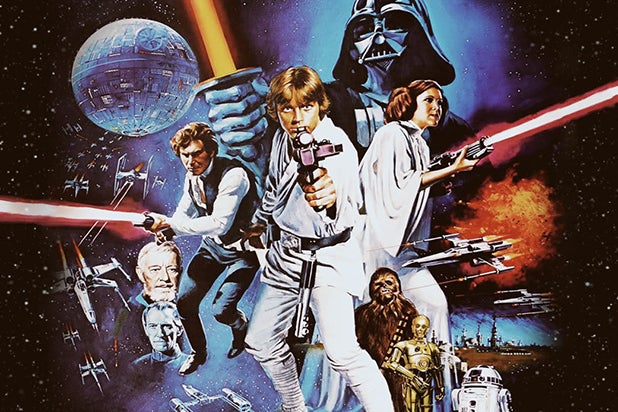 “The casting for this new film is perfect from a commercial standpoint,” BoxOffice.com Vice President and Senior Analyst Phil Contrino told TheWrap.

“Bringing back the original cast is brilliant, because it cements the link with the franchise’s incredible legacy, and so is going without A-list actors in the new roles, because it keeps the focus on the brand,” Contrino said.

Even if hardcore fans of the franchise aren’t totally happy with the casting picks, the excitement surrounding them could help build momentum — which is already at fever pitch.

“It’s a time-honored tradition for fans of that series to complain about George Lucas and any number of other things surrounding the franchise — and then they go to see the movies five times,” Contrino said.

James Cameron‘s “Titanic” and “Avatar” are the highest-grossing movies ever at the worldwide box office. The romantic sea disaster epic brought in $2.1 billion in 1997, a record that stood until the futuristic 3D sci-fi saga rolled up a staggering $2.7 billion in 2009.

Disney, which was radio silent on Tuesday, will want to manage expectations for “Episode VII.” And it’s worth noting that forecasting box-office returns on a movie more than a year-and-a-half-ahead of its release involves more speculation than data analysis.

Nonetheless, industry analysts are convinced that the sequel will be one for the record books.

Keeping the focus on the brand is just what Disney needs to do if  they want “Star Wars: Episode VII” to hit record heights, agreed Rentrak Senior Media Analyst Paul Dergarabedian.

“We’re talking about what, for many people, is the biggest movie brand in their lifetimes, one that evokes all sorts of memories, imagery — and box-office expectations,” he said.

Since “A New Hope” opened in 1977, the six previous “Star Wars” movies and their re-releases have brought in more than $4.5 billion — but no film in the series has hit the $1 billion mark. That’s not surprising; “Titanic” is the only movie released before 2009 on the Top 10 list. The highest-grossing entry in the “Star Wars” series remains “Episode I: The Phantom Menace,” which took in $983 million globally in 1999.

“It clearly has a built-in audience, but how the movie is received will make a difference,” Contrino said. “If it’s really good, some people are going to go see it several times. If it’s not, that won’t happen.”

The box office is a high-profile piece of the franchise’s overall value, but it’s far from being the only factor. With returns from DVDs, books and toy sales factored in, the series has generated more than $27 billion in revenue, according to the research institute Statistic Brain.

Even by “Star Wars” standards, the anticipation around “Episode VII” is unprecedented, Dergarabedian said.

“That’s significant, and ideal,” Contrino said. “It will surely have a huge opening, but it will also have the whole month of January to keep on playing. I can’t imagine a lot of other studios are going to get in its way.”

That’s a formula “Avatar” followed to its record haul, establishing new standards for the highest-grossing third-through-seventh weekends domestically. And after just 41 days in release, “Avatar” had established new records in 24 foreign markets.

“With the incredible growth of the foreign markets, I think the sky is the limit this time around,” said Contrino.

“Phantom Menace” is the biggest earning film of franchise overseas with $552 million, which represented roughly 56 percent of its worldwide haul. Largely due to the explosive growth of the foreign markets, today’s biggest blockbusters typically bring in roughly 70 percent of their grosses from overseas.