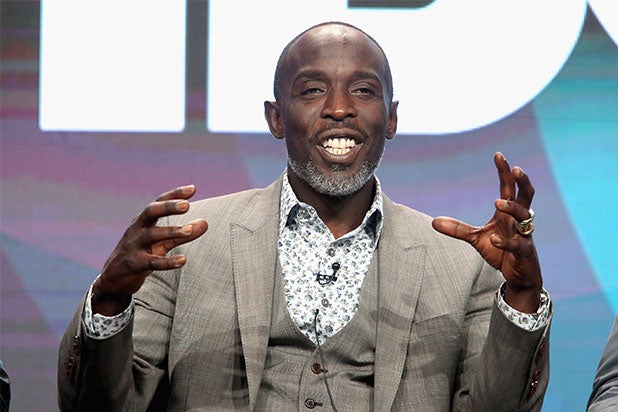 Michael K. Williams’ role has been cut from the still untitled “Star Wars” Han Solo film because his schedule won’t free him up for reshoots.

The actor told Deadline that the Han Solo film’s production schedule was conflicting with his commitment to “The Red Sea Diving Resort,” which is now shooting in South Africa with Ben Kingsley and Chris Evans.

New director Ron Howard, who took over the film from fired directors Phil Lord and Chris Miller in June, is handling the reshoots.

“When Ron Howard got hired to finish out the film, there were some reshoot issues that needed to be done in regards to my character, in order for it to match the new direction which the producers wanted Ron to carry the film in,” said Williams, a veteran of “The Wire” and the recent “The Night Of.”

“And that would have required me on a plane a month ago to London, to Pinewood, to do reshoots. But I’m here, on location in Africa. It’s scheduling. I’m not going to be back on the market until the end of November after [his SundanceTV series] ‘Hap and Leonard,’ and for them to wait that long for me, that would have pushed back the release date, which I believe is in May 2018. They wanted me now; I couldn’t go. So they had to clip-clip-clip.”

Whether Williams’ role will be recast or entirely cut from the film is unclear. His character details have been kept under wraps but he said he was supposed to play a half-human, half-animal in the film.

Production resumed in July and the film is still being targeted for a May 25, 2018 release date. Alden Ehrenreich, Woody Harrelson, Emilia Clarke, Donald Glover and Thandie Newton star.

A representative for Williams has not yet responded to TheWrap’s request for comment.