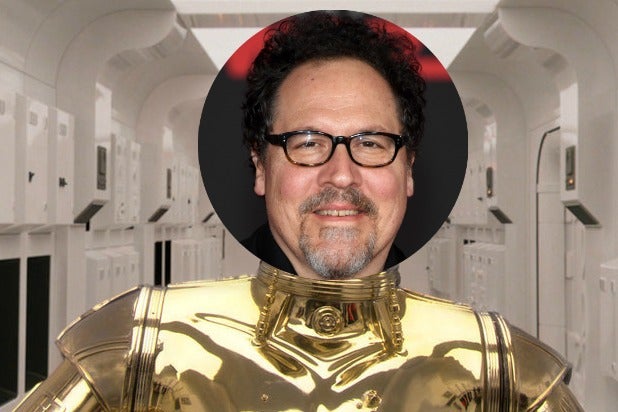 Jon Favreau finally gave some details about his forthcoming “Star Wars” TV show, announcing Wednesday the title of the series: “The Mandalorian.”

“After the stories of Jango and Boba Fett, another warrior emerges in the ‘Star Wars’ universe. ‘The Mandalorian’ is set after the fall of the Empire and before the emergence of the First Order. We follow the travails of a lone gunfighter in the outer reaches of the galaxy far from the authority of the New Republic…”

In “Star Wars” lore, Mandalorians made the iconic armor that bounty hunter Boba Fett, and his “father” Jango Fett (he was technically an unaltered clone of Jango) wore in the films.

The series, which doesn’t yet have a premiere date, will air on Disney’s upcoming streaming service that is expected to launch toward the end of 2019. Disney announced back in March that the “Iron Man” and “Lion King” director would write and executive produce a live-action “Star Wars” TV show, the first live-action show set in a galaxy far, far away.

Favreau has previously voiced roles in the animated TV show “Star Wars: The Clone Wars” and a CGI-character in LucasFilm’s “Solo: A Star Wars Story.”

Disney and Favreau have a decade worth of successful history together. The “Swingers” and “Made” star helped launch the Marvel Cinematic Universe as director of “Iron Man” and “Iron Man 2.” He is also an executive producer of the “Iron Man” and “Avengers” films for Marvel Studios. Favreau directed and produced “The Jungle Book” for Disney and is currently in production on “The Lion King.”