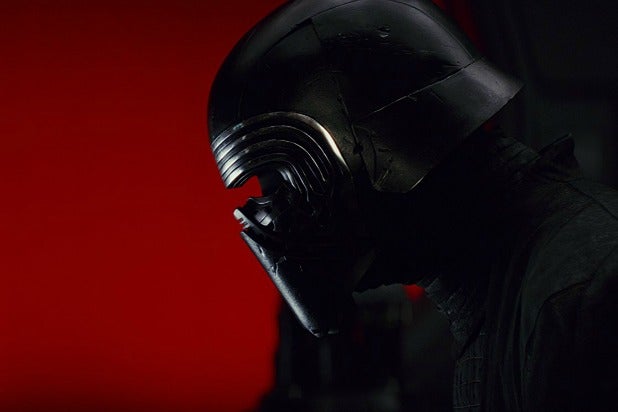 As expected, “Star Wars: The Last Jedi” is sending the 2017 box office out with a bang, joining its predecessor “The Force Awakens,” as only the second film to make over $100 million on its opening day with $104.7 million from 4,232 screens.

Industry estimates currently have Rian Johnson’s sequel making around $215 million for the weekend, making it the second-highest opening of all-time and the fourth $200 million-plus opening alongside “Force Awakens,” “Jurassic World” and “The Avengers.” Of that opening day total came from Thursday preview screenings, also the second-highest in box office history behind “The Force Awakens.”

Also Read: 'Star Wars: The Last Jedi' Movie Review: The Thrills Are Strong with This One

While the film has prompted vigorous debate amongst hardcore “Star Wars” fans, casual audiences had a blast, giving it an A on CinemaScore to add to its sterling 93 percent on Rotten Tomatoes. The draw of Luke Skywalker and new characters like Rey and Kylo Ren is certainly bigger than that for the characters in “Rogue One,” as “The Last Jedi” is currently tracking to open 42 percent higher than the $155 million opening posted by Gareth Edwards’ anthology film.

Worldwide, “The Last Jedi” is estimated to make $425 million this weekend, giving it one of the top five highest opening weekends of all-time. The film has opened in 48 overseas markets, taking the No. 1 spot in 46 of them (Turkey and Korea excluded) and racking up $105.8 million through Friday.

Also releasing this weekend is “Ferdinand,” a Golden Globe-nominated animated film made by Blue Sky and released by Disney’s latest acquisition, 20th Century Fox. The film is currently tracking for a $13-15 million opening weekend after making $3.5 million on Friday from 3,621 screens. The film also has an A on CinemaScore and 74 percent on Rotten Tomatoes.