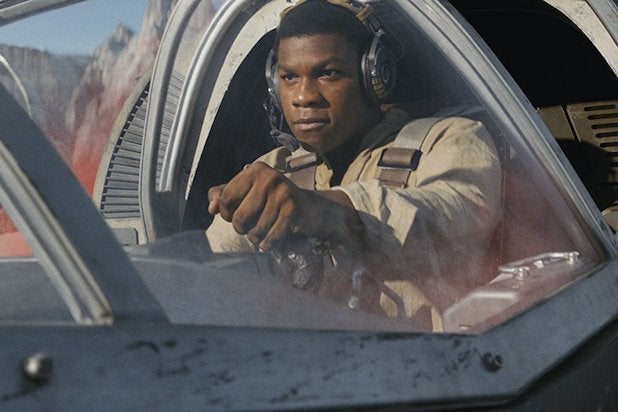 “Star Wars: The Last Jedi” blasted off with $45 million at the Thursday box office, becoming the movie with the second-highest preview number of all time.

“Harry Potter and the Deathly Hallows 2” previously held the second-best preview number of all time with $43.5 million from its Thursday showings in 2011.

Also Read: 'Star Wars: The Last Jedi' Movie Review: The Thrills Are Strong with This One

IMAX previews generated an estimated $5.3 million, which was similar to “The Force Awakens'” Thursday opening record of $5.37 million. Internationally, the film has made an estimated $60.8 million after beginning its rollout on Dec. 13 and Dec. 14.

“The Last Jedi” is expected to provide a final jolt to 2017 box office totals, though it’s unlikely to match the $248 million domestic opening “The Force Awakens” made off the hype of being the first new “Star Wars” film in a decade. Independent trackers currently have the film making an opening weekend of at least $190 million, which would put it on the same level as the $191 million made by “Avengers: Age of Ultron” in 2015.

But analysts who spoke with TheWrap say that it’s very likely that “Last Jedi” will become the fourth film to gross a $200 million-plus opening, joining “Force Awakens,” “The Avengers,” and “Jurassic World.”

“Star Wars: The Last Jedi” follows Rey (Daisy Ridley) as she tries to convince Luke Skywalker (Mark Hamill) to help the struggling Resistance survive against The First Order, led by Supreme Leader Snoke and Kylo Ren (Andy Serkis and Adam Driver). Meanwhile, Finn and Poe Dameron (John Boyega and Oscar Isaac) hatch a desperate plan with the help of a maintenance worker named Rose (Kelly Marie Tran) to save the remnants of the Resistance as the First Order plan a final assault to wipe them out. Rian Johnson wrote and directed the film.

The only other wide release this weekend is “Ferdinand,” which earned two Golden Globe nominations this week for Best Animated Feature and Best Original Song.

Based on the classic children’s book “The Story of Ferdinand” by Munro Leaf and Robert Lawson, the film stars John Cena as the titular Spanish Fighting Bull who yearns to live a pacifist life but is forced into bullfighting in order to earn his freedom. The film is directed by Carlos Saldanha (“Ice Age”) and also stars Kate McKinnon, David Tennant, Bobby Cannavale, Peyton Manning, Gina Rodriguez, Anthony Anderson, and Daveed Diggs. Robert L. Baird, Tim Federle and Brad Copeland wrote the script.