Luke Skywalker is heading to ESPN.

“Star Wars: Evolution of the Lightsaber Duel,” hosted by actor Mark Hamill, will air Dec. 15, at 7 p.m. ET on ESPN, the sports network announced on Wednesday. The “SC Featured” 30-minute special premieres just three days before the very highly-anticipated launch of “The Force Awakens” on Dec. 18.

For any fans who think those flashy fight scenes come easy, the documentary special will examine the sporting skill and athleticism behind the choreography and training that brings “Star Wars” lightsaber scenes to life.

“Lightsaber duels from the ‘Star Wars’ films are some of cinema’s most recognized battles and an iconic part of the most popular movie franchise of all time,” Craig Lazarus, ESPN vice president, SportsCenter & News, Storytelling Units, said in a statement.

“We will take viewers on a unique journey that examines the connection of these duels to sports and their evolution, from the original trilogy through the prequels, and now to ‘Star Wars: The Force Awakens,'” he continued. “Viewers will see the transition from fencing and samurai swordplay in the original films to an increased focus on martial arts and the sport of kendo.” 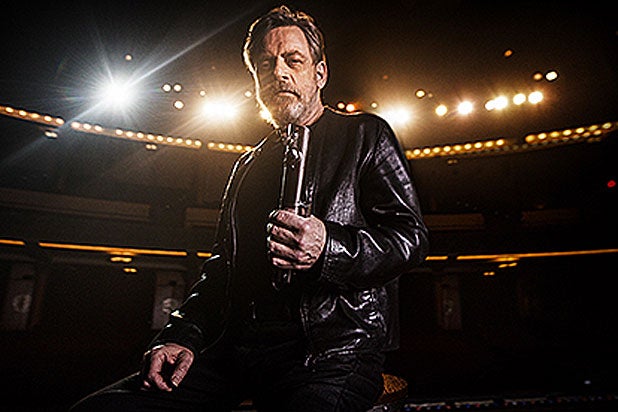 Hamill, who reprises his iconic role for Episode VII, lived in Japan for his last two years of high school and is very familiar with martial arts.

Also Read: 'Star Wars' Is About to Break Records for Breaking Records

“I really feel that kendo has informed so much of what we have done in the films, it is about time that it gets some long-overdue recognition,” the actor said.

“What people don’t realize is how much goes into what appears to be just minutes on the screen,” he explained. “The elaborate choreography for the actual fight is done on several different sets over a period of weeks and then it is edited down to what you see on the screens, so I am happy people are able to see the amount of work that goes into it.”

The documentary also will include behind-the-scenes video of John Boyega (Finn) training with kendo expert Paul Vincent for a lightsaber battle scene, along with interviews with director/producer J.J. Abrams and Lucasfilm historian Jonathan W. Rinzler.

“Star Wars: The Force Awakens” is set to dominate theaters on Dec. 18.