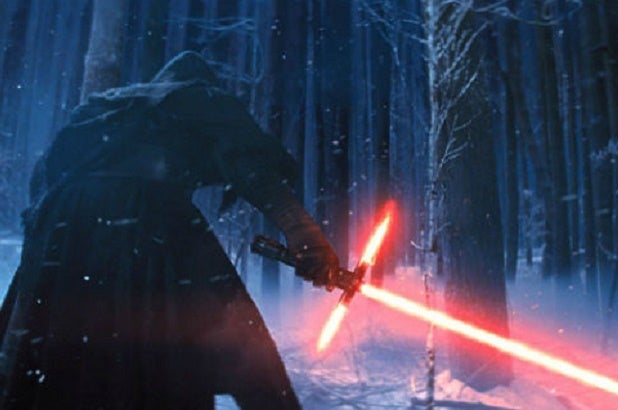 “We want to be careful that the demand does not create too much in the marketplace too soon,” he said in a question-and-answer session following the announcement of better-than-expected second quarter earnings Tuesday.

“We have been deliberate with everything we have done so far, both in terms of product and marketing,” he said. “We’ve already got some increased product in the marketplace but the real ramp-up in terms of consumers won’t come until a few months before the release.”

“Stars Wars: The Force Awakens,” which will roll out in the U.S. on Dec. 18, is the first in a series of the classic sci-fi saga that Disney is banking on. Iger noted that Disney will bring three “Star Wars” films into the marketplace between now and 2017.

“We have been overwhelmed with interest in the series, which has created increased its value to us even beyond our expectations when we acquired it,” he said, referring to Disney’s $4 billion purchase of Lucasfilm, the company founded by “Star Wars” creator George Lucas.

Iger cited the 88 million views the latest “Star Wars” teaser trailer drew in its first 24 hours as an example of the enthusiasm for the films. Nonetheless, he saw room for growth.

“You have to understand that you already have a strong franchise here, but it’s one that hasn’t had a film released in 10 years. So there is a whole generation not steeped in ‘Star Wars’ lore and not in love with it like older generations,” he said.

That’s true for some parts of the world, too.

“There are markets around the world that weren’t as developed 10 years ago,” Iger said, calling China the best example.

“As much as we are anxious to introduce ‘Star Wars’ to a new generation and new territories, we are managing all this with great care and we have a very careful and deliberate plan in place,” he said, noting that the digital release of six previous “Star Wars” movies globally in April was part of that strategy.

“We’re pleased with what we’ve seen of the film, and can’t wait to show it to the world, but we realize we have something here that’s very, very special and that we think will create value to the company for years to come,” said Iger.