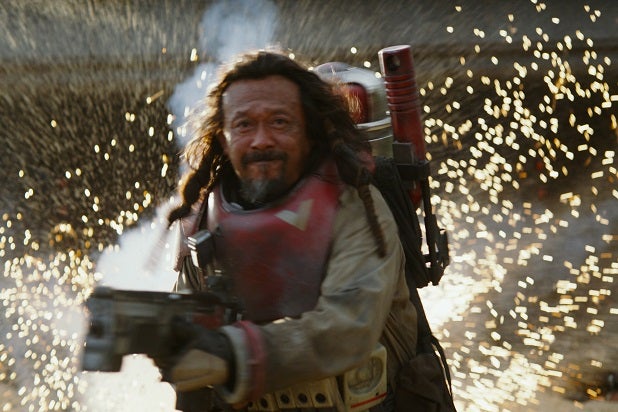 “Rogue One: A Star Wars Story” director Gareth Edwards insists that the reshoots taking place on the film are nothing out of the ordinary for  any big budget project.

“I mean, it was always part of the plan to do reshoots. We always knew we were coming back somewhere to do stuff. We just didn’t know what it would be until we started sculpting the film in the edit,” Edwards told Entertainment Weekly.

Various film blogs, including Slashfilm and Screen Rant, picked up a Page Six report that claimed that Disney bosses were not satisfied with the first cut of Edwards’ film and have asked for expensive reshoots over the summer.

But according to Edwards, the reshoots were mostly to punch up small sections of the film, which was complicated due to the large cast and required lots of scheduling.

“Obviously, you’ve got to work around everyone’s schedule, and everyone’s on different films all over the world, and so it’s a bit of a logistical nightmare,” he said. “That’s why I think it’s been blown out of proportion a little bit.”

Lucasfilm president and “Rogue One” producer Kathleen Kennedy also weighed in on the rumors, saying that the core story of the film will remain the same.

“There’s nothing about the story that’s changing, with a few things that we’re picking up in additional photography,” Kennedy said. “I think that’s the most important thing, to reassure fans that it’s the movie we intended to make.”

The film will tell the previously untold story of a group of Rebel spies who must infiltrate the Empire and steal the plans for the dreaded Death Star.