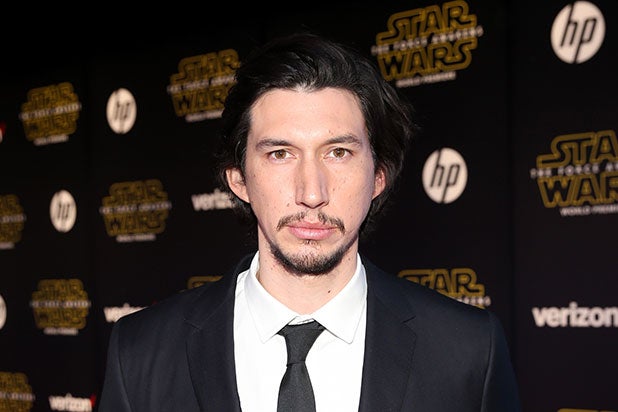 Adam Driver is the latest “Star Wars” star to tease fans about the upcoming eighth film in the franchise, saying the script “is really great.”

Speaking to Entertainment Weekly, the actor talked about the difference between “The Force Awakens” director J.J. Abrams and Rian Johnson, who will step in for “Episode VIII.”

“Their temperaments are different,” Driver said. “I feel like there was so many moving pieces in the first one — just trying to solve it and set the vocabulary for what it was. There’s a lot of that anxiety is gone, because people have developed a language. I think it’s more of a testament to Rian coming into something very established and making it [his own]. I can’t wait to get on set, just because he’s so unassuming and intelligent and approachable. The script they’ve come up with is really great.”

With the film set for a Dec. 15, 2017 release, Driver teased that the First Order and the Resistance are still at war in the next film.

John Boyega, who starred as Finn in “The Force Awakens” and is set to reprise his role in “Episode VIII,” teased the script for the upcoming film as “great” and “much darker.”

“My part in the next film will be much more physical so I might be in the gym a bit more,” Boyega said in an interview with British Vogue in January.