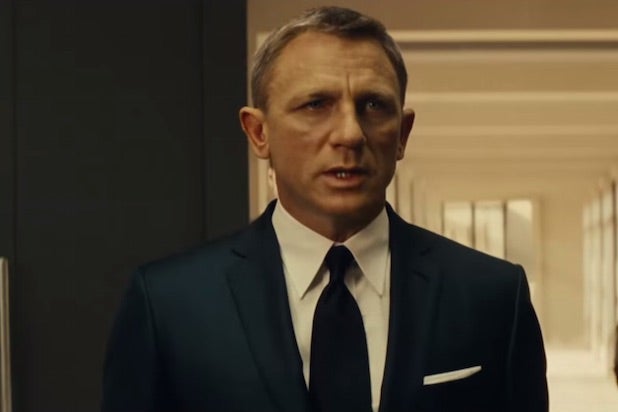 Does a “Star Wars: The Force Awakens” cameo count as a spoiler even if you can’t actually see the actor’s face?

If you think it does, then don’t read on!

But if you’re a huge James Bond fan, you might be interested to hear that Daniel Craig makes a surprise, even if unrecognizable appearance in Episode VII, according to Entertainment Weekly.

The revelation comes after the “Spectre” star previously told EW he would never “play an extra in a movie.” But a reporter for the publication swears it’s him wearing a stormtrooper suit in a particular scene, although Craig’s reps have not yet returned TheWrap’s request for comment.

DO NOT READ ON IF YOU HAVEN’T SEEN “THE FORCE AWAKENS.”

OK, you’ve been warned. Here are the specifics.

In the film, Craig is allegedly the stormtrooper on which Daisy Ridley‘s character, Rey, plays Jedi mind tricks to be let out of captivity.

“You will remove these restraints and leave this cell with the door open,” she tells the stormtrooper.

“I’ll tighten those restraints, scavenger scum,” Craig’s character responds. But Rey doesn’t give up, and in the end gets released by him and even convinces him to leave his gun.

So why would Craig — an international movie star — accept such a minor role in the new “Star Wars” movie? According to an anonymous source EW cites, “He did it for shits and grins,” which is as good a reason as any.