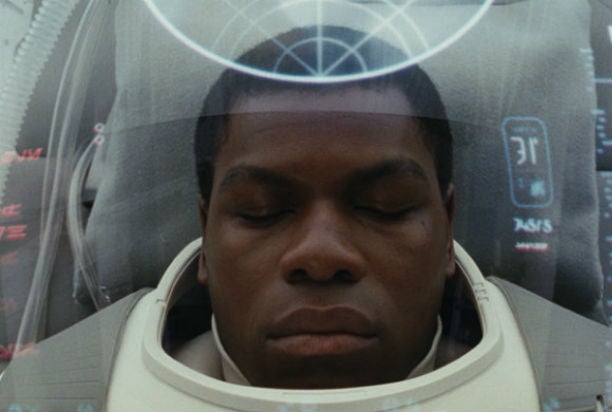 In a candid new interview with Hypebeast, John Boyega said that he didn’t care for the arc his character, Finn, experienced in “Star Wars: The Last Jedi,” particularly how he was separated from the other main characters in the new “Star Wars” trilogy.

“‘The Force Awakens’ I think was the beginning of something quite solid,” the actor said. “‘The Last Jedi’ if I’m being honest I’d say that was feeling a bit iffy for me. I didn’t necessarily agree with a lot of the choices in that and that’s something that I spoke to Mark [Hamill] a lot about, and we had conversations about it. And it was hard for all of us, because we were separated.”

In Boyega’s opinion, when compared to the original “Star Wars” trilogy, the dynamic between Finn, Poe, and Rey wasn’t as strong as Luke, Han, and Leia. “I guess in the original ‘Star Wars’ films there was much more of a trio feel where it was essentially about Luke’s journey, but, Han and Leia, there was a strong dynamic,” said Boyega.

Interestingly, Boyega also appeared to indicate that, at least as of the Hypebeast interview, there’s still a lot he doesn’t know about the upcoming “Star Wars: The Rise of Skywalker,” which hits theaters in less than two weeks.

“Which I think, I don’t know how quickly we’re going to be able to establish that long-term dynamic with [Episode] IX, but if it’s exploring that dynamic, then that would be cool,” added Boyega. “I do feel even after three films still, we don’t know them as much as we got to know Han, Luke, Leia. And maybe that’s a great opportunity to get to know them a little bit more.”

We’ll all find out for ourselves when “Star Wars: The Rise of Skywalker” lands in theaters on December 20.