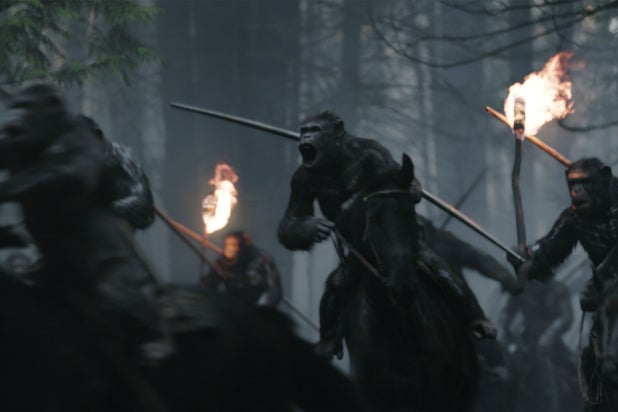 The first step in a three-step process in the Academy Awards’ Best Visual Effects category has ended, with 20 films still in the running for the VFX Oscar.

The contenders include “War for the Planet of the Apes,” “The Shape of Water,” “Blade Runner 2049,” “Thor: Ragnarok” and “Star Wars: The Last Jedi,” as well as superhero films (“Wonder Woman,” “Logan,” “Guardians of the Galaxy Vol. 2”), the Korean film “Okja” and the live-action “Beauty and the Beast.”

These 20 films will be narrowed down to 10 by the Visual Effects Branch Executive Committee, with a second shortlist announced later this month before final voting cuts the field to the five nominees.

Voting on the shortlist will be open to all members of the branch.

“Beauty and the Beast”

”Ghost in the Shell”

“Guardians of the Galaxy Vol. 2”

“Jumanji: Welcome to the Jungle”

“Pirates of the Caribbean: Dead Men Tell No Tales”

“The Shape of Water”

“Valerian and the City of a Thousand Planets”

“War for the Planet of the Apes”