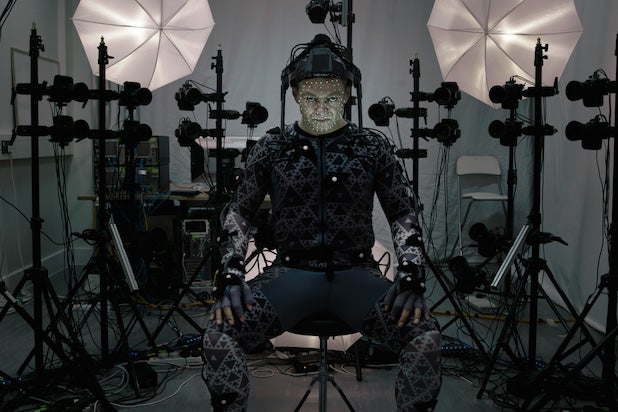 Famed photographer Annie Liebovitz was on set during production and took a photograph of Serkis wearing his mo-cap suit for Vanity Fair.

It’s unclear what, exactly, Snoke is the Supreme Leader of, but it’s assumed he’ll be a powerful villain with a tragic backstory. The character can be heard narrating the first “Force Awakens” teaser.

Serkis is no stranger to motion-capture filmmaking, having played Gollum in the “Lord of the Rings” trilogy, Caesar in the new “Apes” movies and King Kong for director Peter Jackson.

Disney will release “Star Wars: The Force Awakens” on Dec. 18.