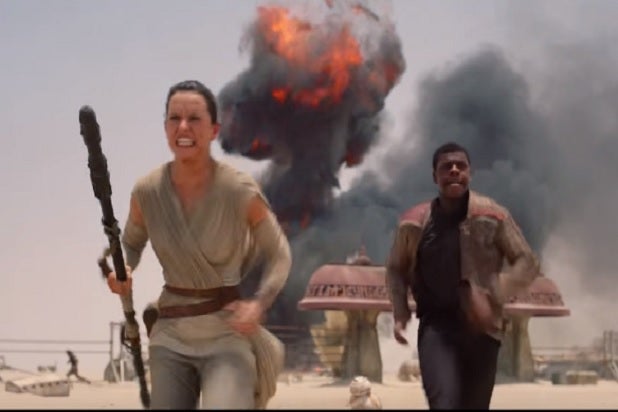 “Star Wars: The Force Awakens” has blasted past the $1 billion mark at the worldwide box office in record time, Disney said Sunday.

The seventh entry in the beloved sci-fi space franchise achieved the feat in 12 days of global release, beating the 13 days that former record-holder “Jurassic World” took to manage the feat in June.

The biggest market for “Star Wars” other than North America has been the U.K., where it has taken in $97 million, followed by Germany with $54 million and France with $48 million. “The Force Awakens” will open in China on January 9.

As it has throughout its run, “The Force Awakens” received a huge boost from IMAX. Its 673 screens brought in $27.5 million, lifting the global total from the giant screens past $100 million — in record time — to $106 million.